Angelita Espinosa and her granddaughter Jamie were killed by a drunk driver who received a life sentence. FACEBOOK

TULARE, California — A drunk driver who ignored a stop sign and crashed into vehicle, killing a Filipina grandmother and her 10-year-old granddaughter more than three years ago, was sentenced to life imprisonment. 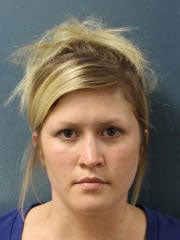 Wyllie previously had pleaded no contest to two counts of second-degree murder as well as felony driving under the influence causing injury with the special allegation of causing great bodily injury to George.

Wyllie had spent the evening of March 26, 2016, drinking at a downtown Visalia restaurant and at a friend’s house. California Highway Patrol officers said Wyllie later ran through a stop sign near Spacer Drive and Avenue 200 in Tulare. Wyllie had a blood-alcohol content of .21%, according to CHP officers.

Wyllie collided with a van carrying the Espinosa family, who were visiting Tulare County from Las Vegas. Angelita and Jamie were killed in the collision. Jamie’s father, George, suffered major injuries and required several “extensive surgeries,” according to prosecutors.

Under California law, Wyllie must serve 19 years in prison before she is eligible for a parole hearing. To honor the victims, the office of the district attorney announced that it would appear at any potential parole hearing and argue against the possibility of early release.