The index is headed for a fourth straight weekly gain, even after some volatility during the week caused by a swing in oil prices and the Federal Reserve’s latest interest rate cut.

Health care and banks are leading the gains.

Big pharmaceutical companies, including Pfizer and Merck, were among the biggest winners.

The yield on the 10-year Treasury remained at 1.77% from late Thursday.

Yields had been steadily sliding all week.

Technology and communications companies slid on declines from Microsoft and Netflix. 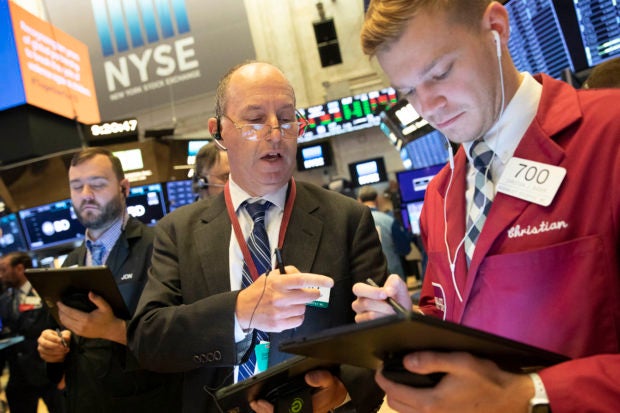 A lack of economic data and corporate news is capping off an otherwise busy week.

Oil prices retreated after the Saudi government said production could be restored by the end of the month, although they’re still up over 7% for the week.

The Federal Reserve cut interest rates for the second time this year as it tries to shore up economic growth amid a lingering trade war between the U.S. and China and weak economic growth overseas.

The central bank left open the possibility of additional rate cuts if the economy weakens.

Stocks in Europe made broad gains as investors continue their close watch on Britain’s upcoming exit from the European Union.

Negotiators were meeting Friday in search of a deal that would allow Britain to leave the trading bloc without prompting economic chaos.

Trade and other issues will be impacted by the departure.

Stocks in India surged after the government there announced plans to cut corporate taxes in an effort to bolster the economy.

India’s economy, the world’s 6th largest, was booming until recently but it has slowed in recent months, with growth in manufacturing plunging to 0.6% in the last quarter from 12% a year earlier.

McDermott International surged 69% after the energy industry contractor said it is considering selling its Lummus Technology business, which builds oil platforms and other structures.

The sale consideration follows reports that the company hired an outside adviser to help restructure.

CFO EXIT: Xilinx fell 5.7% as its chief financial officer, Lorenzo Flores, leaves the company for Toshiba Memory Holdings, where he will be vice-chairman.
Flores will stay at Xilinx through its second-quarter financial report.