The CANUCKS Peter Cehlarik scored a tiebreaking goal 4:16 into the second period and sparked the Boston Bruins to a 3-1 win over the Flyers on Thursday night in Philadelphia.

Danton Heinen and Connor Clifton also scored for Boston, which had Jaroslav Halak and Maxime Lagace share time in goal.

Halak stopped 16 of 17 shots in the first two periods.

Lagace turned away all seven shots he faced in the third.

Brian Elliott started in goal for the Flyers.

He allowed two goals on 24 shots in two periods. 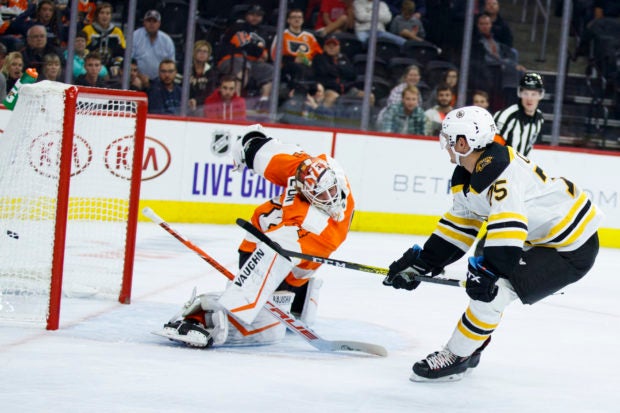 In Pittsburgh, Matt Murray made 27 saves to lead the Penguins to a 4-1 win over the Columbus Blue Jackets.

Sonny Milano scored for Columbus, which had Elvis Merzlikins and Veiniest Vehvilainen split time in goal.

Merzlikins started and recorded 17 saves in the opening half of the game before being replaced by Vehvilainen, who allowed three goals on 17 shots.

STARS SHINE IN WIN OVER AVS 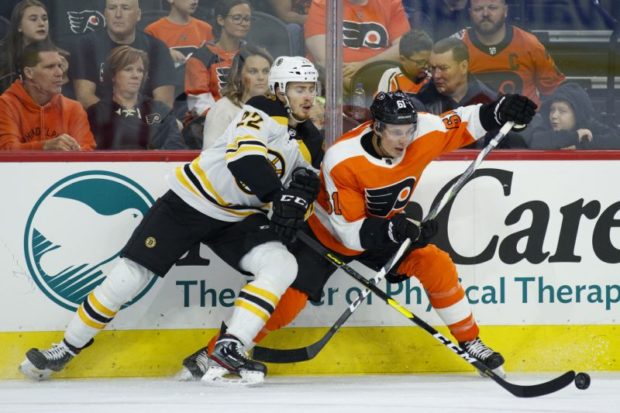 In Denver, Jake Oettinger and Landon Bow combined for 46 saves to lift the Dallas Stars to a 2-1 win over the Colorado Avalanche.

Oettinger started the game and stopped 31 of 32 shots in the first two periods.

Bow played the third and turned away all 15 shots he faced.

Pierre-Edouard Bellemare scored for Colorado, which had Philipp Grubauer play the entire game in goal.
Grubauer made 21 saves.

In Montreal, Brendan Gallagher had two goals in regulation and the Canadiens beat the Panthers 5-4 in a shootout.

Nick Suzuki, Jordan Weal, and Phil Varone scored in the shootout for Montreal.

Weal and Brett Kulak had second-period goals for the Canadiens.

Vincent Trocheck scored the Panthers’ only goal in the shootout.

The Canadiens were without forwarding Paul Byron for the third period.

He left the game with an undisclosed injury.

CANUCKS TOO MUCH FOR OILERS

In Edmonton, Bo Horvat had a goal and an assist to lead the Vancouver Canucks to a 6-1 rout of Oilers.

Cooper Marody scored for the Oilers.

Mikko Koskinen played the first two periods in the nets for Edmonton before giving way to Shane Starrett at the start of the third.

Jacob Markstrom yielded a first-period goal and stopped 26 of 27 shots he faced.

In Los Angeles, Jonathan Marchessault’s goal 1:04 into overtime rallied the Vegas Golden Knights to a 3-2 victory over the Kings.

Oscar Dansk played the entire game in goal for Vegas and finished with 36 saves.

Dustin Brown and Blake Lizotte scored for Los Angeles, which had Jonathan Quick in goal.
Quick finished with 23 saves.