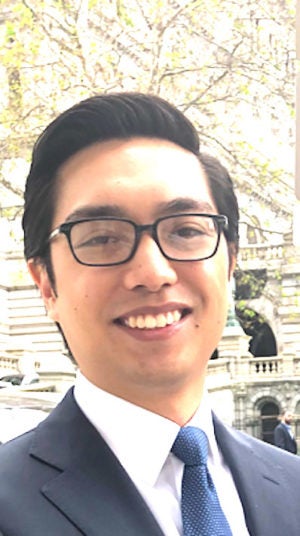 NEW YORK — When Jonathan “Jon” Wong was a young boy, he had to undergo an emergency appendectomy. He was misdiagnosed by multiple doctors, but two Filipina doctors saved his life.

“It was truly a miracle that he survived a four-day ruptured appendix,” recalled Jon’s mother, the Philippine-born Grace Sideco Wong. Grace arrived in the U.S. in 1981 and worked as a pediatric nurse after earning a Bachelor of Science degree in Nursing from Rutgers University.

She married an American-born Chinese mechanical engineer, Steven Wong. Their 32- year marriage has been blessed with three children Jonathan, Sarah, and Leah, who “love each other very much and get along very well.”

“This was the time I knew that God has a purpose for his life. I will never forget that very night when he was critical. I asked God that if He will make my son live, he will live to do His will,” Grace said in an interview with The FilAm.

At the age of 23 when Jon won a seat in the Mahwah, New Jersey Town Council, Grace said she cried so hard. “It reminded me of my prayer that very night of his surgery that Jonathan will be used for God’s Kingdom. God has a purpose for his life.”

Jonathan is now a town official and a lawyer working in a New York City law firm. He is the youngest Filipino American politician, endearing him to his Fil-Am community. Now 28 years old, he has a packed schedule that keeps him continually engaged with work, legislative duties, community outreach, and an active social calendar.

“He knows I don’t ask a lot from him but only one thing: Do not miss church on Sundays. Even during the Sunday parades of PIDCI and PAFCOM after we walk in the parade, we attend church. Sunday worship is very important for our family,” she said.

Jon is a very special grandchild, according to his mother. “He is the only one that will carry the Wong name among the eight grandchildren on my husband’s side.  He loved his grandparents. His grandma died in 2010.”

When his grandfather passed away at the age of 94 this past February, Jon delivered an eloquent eulogy about how he would miss ‘lolo’ who lived with the Wong family for 25 years. He drove him to church for the last 10 years and they would have a meal together after church.

He decided, after winning a place on the Township Council in 2014, to attend law school. It took a lot of dedication and commitment, said Grace. But he was recognized by the American Bar Association as the only full-time law student and full-time politician ever.

Jon passed the New York Uniform Bar Examination with a high score good enough to apply for licensure in 36 states. In addition to the New York Bar, he plans to also become a lawyer in New Jersey, where he lives.

“Having a legal background is important,” Jon spoke reflectively when interviewed by The FilAm.  “As a councilman being a lawyer helps me to better serve my community.  It helps me view issues from different perspectives, and I have also gained valuable skills in negotiations.” 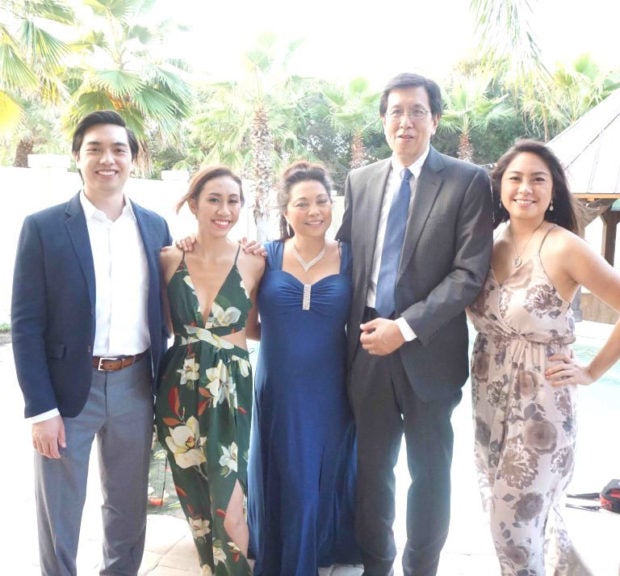 Jon with parents Steven and Grace and sisters Sarah and Leah. “The siblings get along very well,” say Grace. CONTRIBUTED

As a council member representing Mahwah – the largest municipality in Bergen County with a population estimated at 26,000 and where there are only 165 Filipinos – Jon was elected to a second term to serve until 2022.

He had amazing returns in both elections, said Grace.  In his first election, he was the second highest vote recipient, five votes away from the top vote getter who is a seasoned politician.

In 2018, he topped the council elections with 4,400 votes without any endorsement from any party. He ran as an independent both times reflecting his intention to remain separate from the ideological differences plaguing the two major parties in his community.

In 2016 he ran for mayor. He did not win, but his candidacy gave him the exposure and a platform to articulate his campaign to “keep Mahwah affordable and keep Mahwah first.”

Jon said the council has managed to keep taxes within reach of the average Mahwah family.

“I am proud of many things we’ve accomplished including live-streamed council meetings to increase transparency in how the municipality works and in keeping our tax rate low.  I believe we have worked hard as a council to meet the individual needs of the citizens of our community as well,” he said.

Difficult choices are inevitable, especially when it comes to the budget. “Challenges will always arise when we need to discuss the budget and the competing priorities for the upcoming fiscal year. It’s important to find the balance between keeping property taxes low and prioritizing expenditures,” he said further.

Born in Livingston, N.J., Jon moved to Mahwah when he was 3 years old. He is a product of Mahwah’s public school system from elementary to high school. He graduated from CUNY Baruch College with a degree in Finance & Investments in 2013.  The following year, he was elected to the town council.

Jon is proud of his Filipino and Chinese heritage. “I am grateful to my parents for exposing my sisters and myself to both cultures and the sound values that their religious beliefs have provided us.”

Grace believes that Jon is growing up to be like his father. “He is reserved, formal, a man of few words. He admires his father and both of them get along very well.”

Jon is also displaying the traits of his entrepreneurial mother. He became a licensed real estate agent for the family-owned company, Trinity Property Management, after college. When the subject of taxes comes up in council meetings, he can bring the perspectives of a community business owner.

The Filipino in him enjoys watching boxing, but it’s golf he has taken an interest in. “It’s quite challenging.”

How far he will go in politics, Grace leaves it all to God. “My son is in God’s hands. God holds his future.”

Jon is aware how some in the Filipino American community tease him — actually want him — to be the first Asian President. Jon would just smile without letting anyone know how he truly feels. He likes to say, “My goal is to serve my community to the best of my ability.” © The FilAm 2019