Walgreens and a Google affiliate are testing drone deliveries that can put drugstore products on customer doorsteps minutes after being ordered.

Snacks like Goldfish Crackers or gummy bears as well as aspirin for sick kids will be delivered starting next month.

In Christiansburg, Virginia, by a 10-pound (4.5-kilogram) drone flying as fast as 70 miles (113 kilometers) per hour, the companies said Thursday.

Customers will be able to order from a list of more than 100 items that include individual consumer goods and packages of products to help with things like coughs and colds, but not prescriptions.

They will place their orders through a Wing app and then get delivery anywhere from five to 10 minutes afterward. 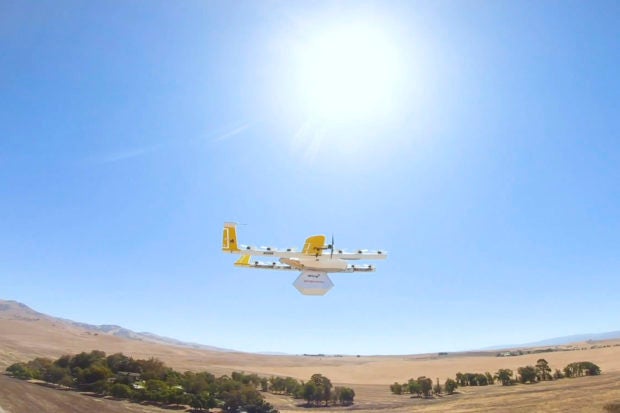 This undated image made from video provided in September 2019 by Wing, a member of the Alphabet family of companies, shows a delivery drone test which is part of a partnership with Walgreens. On Thursday, Sept. 19, 2019, Walgreens and the Google affiliate said they are testing drone deliveries that can put drugstore products on customer doorsteps minutes after being ordered. (Wing via AP)

A drone capable of making a 12-mile (19-kilometer) round trip will fly to the delivery site.

Hover and use a winch system to lower the package to the ground and leave it there.

The drone will be run by Wing Aviation LLC, a subsidiary of Google parent Alphabet Inc.

Drone deliveries in the United States are still largely in early testing.

It marked the first time a company has gotten a federal drone delivery certification. 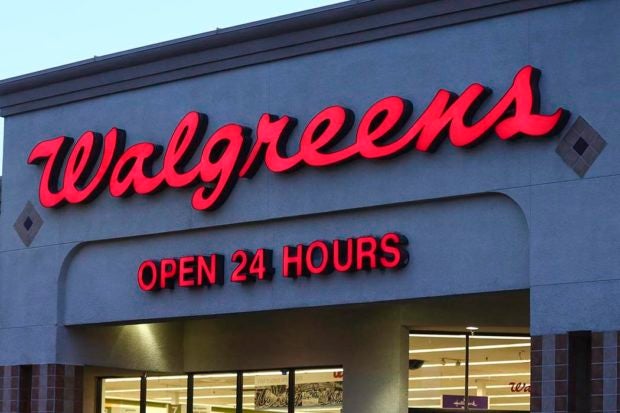 Online retail giant Amazon said in June that it plans to use self-piloted drones to deliver packages to shoppers’ homes in the coming months.

United Parcel Service Inc. also said in July that it was setting up a subsidiary to expand its drone deliveries.

Which are limited to transporting medical samples at a group of hospitals in Raleigh, North Carolina.

Burgess told reporters Thursday that Wing and Walgreens had no timeframe for how long this test would take or when consumers might expect widespread drone use.

“I think we still have a ways to go before it’s the norm in our transportation network,” he said.

Walgreens and Wing picked Christiansburg for their test because Wing has been working with nearby Virginia Tech on drone deliveries.

Which is based in Deerfield, Illinois, and chief rival CVS Health Corp.

It also works to expand same-day deliveries of prescriptions and other products on the ground.

Drugstores have been dealing with competition from Amazon, which offers its Prime customers same-day delivery for detergent, toothpaste and millions of other products.

CVS and Walgreens built thousands of drugstores nationwide to get closer to their customers before even-more-convenient online shopping exploded in popularity and started hurting their in-store business.

Target Hits on All Cylinders in the Fourth Quarter

Trump and Iran: What Will Happen as the Conflict Intensifies