Apple on Tuesday deepened its ties with a Kentucky manufacturing plant by awarding $250 million to support Corning Inc.’s continued work to develop glass for iPhones and other devices.

The award builds on the $200 million that Corning received from Apple’s Advanced Manufacturing Fund in 2017, the tech giant said.

The combined investments support Corning’s research and development that will be crucial for next-generation consumer devices, Apple said. 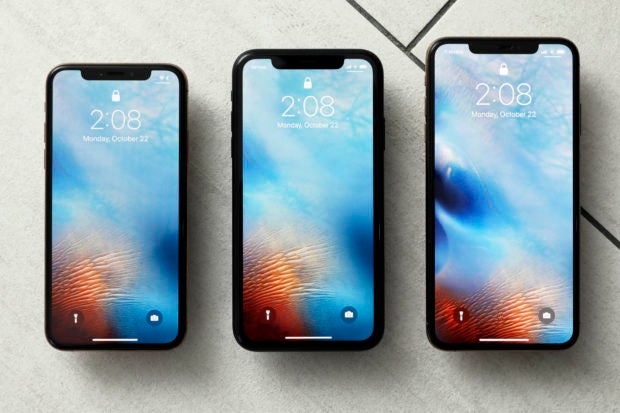 FILE – This Oct. 22, 2018, file photo shows the iPhone XS, from left, iPhone XR, and the iPhone XS Max in New York. Apple on Tuesday, Sept. 17, 2019, deepened its ties with a Kentucky manufacturing plant by awarding $250 million to support Corning Inc.’s continued work to develop glass for iPhones and other devices. The award builds on the $200 million that Corning received from Apple’s Advanced Manufacturing Fund in 2017, the tech giant said. (AP Photo/Richard Drew, File)

Scratch-resistant glass for every generation of the iPhone has been made at Corning’s plant in Harrodsburg, Kentucky. Corning also supplies glass for iPads and Apple Watches.

“Apple and Corning’s rich history dates back more than a decade and our partnership revolutionized glass and transformed the technology industry with the first iPhone,” Jeff Williams, Apple’s chief operating officer, said in a release.

“This award underscores Apple and Corning’s shared belief in the vital role that ingenuity plays in creating industry-leading products, and the pride that both companies take in applying American innovation and advanced manufacturing to solve some of the world’s toughest technology challenges,” he added.

“Most importantly, our ongoing collaboration allows us to create vital new capabilities for end users and continue pushing the boundaries of what is possible well into the future,” he said.

Corning employs about 400 people at its technology development and manufacturing operations in Harrodsburg. It’s been part of the central Kentucky community for more than 65 years.

The company said the new Apple award won’t result in an immediate increase in jobs at the Kentucky operation but enables “future opportunities that may lead to growth.” The Harrodsburg plant is Corning’s longest-running U.S.-based manufacturing facility.

Apple and Corning first teamed up more than a decade ago when former Apple CEO Steve Jobs ordered the plastic screen on the company’s first iPhone to be replaced with a scratch-resistant glass just a few months before the product was to launch.