ADDS details on claims Bankrupt US utility company Pacific Gas and Electric announced Friday it has reached an $11 billion settlement with insurance companies over the deadly wildfires in California last year blamed on faulty power lines.

The San Francisco-based company said the settlement resolves insurance claims stemming from the 2018 Camp Fire in Northern California — the deadliest in the state’s modern history — that left 86 people dead.

“Today’s settlement is another step in doing what’s right for the communities, businesses, and individuals affected by the devastating wildfires,” PG&E chief Bill Johnson said in a statement.

The blaze ravaged more than 60,000 hectares (153,000 acres) of land and destroyed nearly 19,000 houses and other structures, consuming the small town of Paradise. 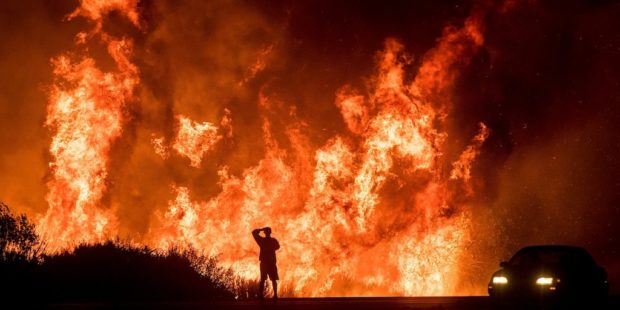 PG&E acknowledged that its equipment was to blame for the disaster, and filed for bankruptcy protection in January.
Johnson took over the reins in April.

The covers claims based on payments made by insurance companies to individuals and businesses with insurance coverage for wildfire damages.

The settlement is part of the bankruptcy reorganization plan, and the company said it would continue to work with remaining individuals to “fairly” resolve their claims.

The company in June reached a settlement with local governments and agencies a totally of $1 billion.

“As we work to resolve the remaining claims of those who’ve suffered, we are also focused on safely and reliably delivering energy to our customers, improving our systems and infrastructure, and continuing to support California’s clean energy goals,” Johnson said.