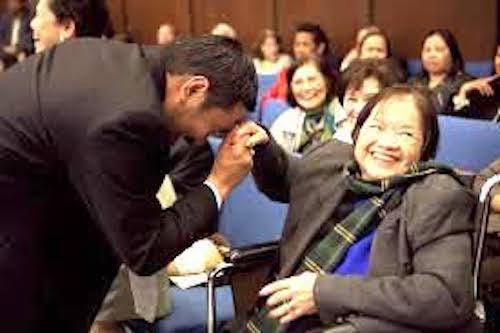 DALY CITY, California – At long last, this city will recognize the contributions of Filipino Americans to the socio-economic, cultural and political life of its residents and neighbors.

Twin honors will go to the Filipino community on Monday, Sept. 9 when the City Council of Daly City is scheduled to pass resolutions naming local landmarks after beloved leaders who devoted their lives to serving their communities.  They will also request a state lawmaker to introduce legislation designating a portion of a state highway in honor of the senior leader.

They have passed on, and now Alice Pena Bulos, patroness of several causes, and Erlinda Tiongco Galeon, benefactress to organizations and individuals, will be memorialized officially this and next year: Alta Loma Tot Lot for Galeon in November and Serra Station Townhouse Project Community Room for Bulos in 2020.  A stretch of California State Route 35 may be named for Bulos as well. 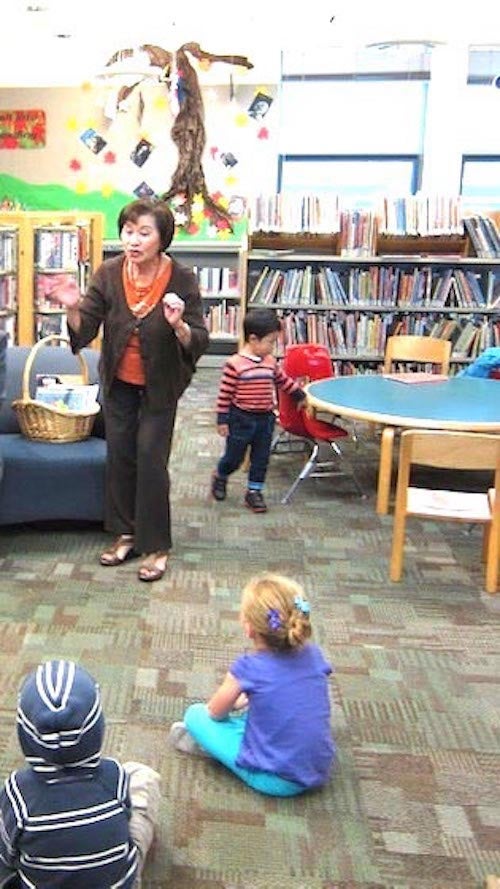 Bulos, the first Fil-Am appointed by a sitting U.S. President to a federal council, died of heart failure on October 21, 2016.  She was predeceased by Galeon, a gerontologist and Daly City Library Trustee, who lost her fierce battle against breast cancer on June 13, 2016.  They were the most visible leaders of their heritage, of any gender.  Every effort to benefit Filipino Americans had their support, through their physical presence, influence and funding.

Both were longtime residents of San Mateo County.  Bulos’ home on Liberty Court in South San Francisco factored significantly in strategizing Fil-Am political aspirations and social agendas; she died at Seton Hospital in Daly City.  Given its location, Galeon’s corner residence on long and busy Gellert Boulevard and King Drive in Daly City sported the biggest posters every election season.

Both widowed early, Bulos had invited Galeon to participate in community activities to ease her grief.  Together they advanced programs benefiting youth and older adults, World War II veterans, women’s empowerment, healthy relationships, literacy and education, and of course political aspirations of many, Filipinos and other Americans.  Both were matriarchs of families  whose younger generations are engaged in community but tend to shy from the limelight. 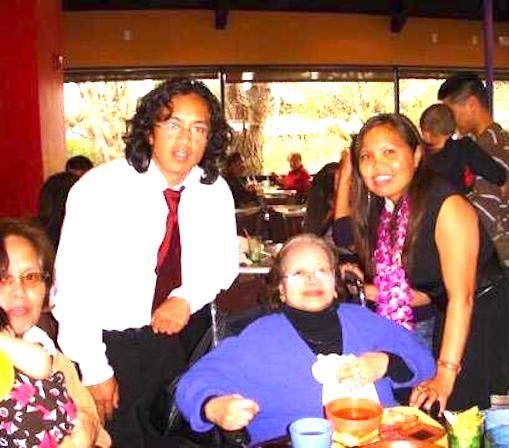 Charles and Charity Ramilo (standing) honor the legacy of their Mami Alice  with approval from their mother Elizabeth (seated left).  CONTRIBUTED

“We are honored and humbled by this recognition,” Galeon’s daughter Audrey Galeon-Tabuso  shared her reaction to the resolution with Inquirer.net.  “My mom loved her community and put her heart and soul into it. She set an example for all of us to follow, to give back to the community for future generations. It is our hope that this park can symbolize such an amazing person and be a light for us all to follow.”

Charles Ramilo echoed his grandmother’s words in expressing gratitude to the City Council.

“On behalf of my family, we know that Mami Alice would be so honored to be recognized to have part of a state highway and a community room be named after her,” he said through Inquirer.net.  “It encourages myself and my family to continue her legacy and be involved in the community with the topics she was passionate about from education, health, and voting to supporting elderly, youth, workers and women’s rights. I hope also to work with community members and organizations with the community room to help continue making positive impacts and empower our community for healthy sustainable changes and lives.” 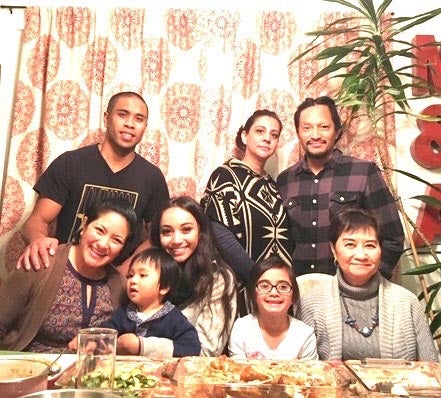 Erlinda Galeon (seated right) with her daughter and son and their children, from left: Audrey and, Donovan Tabuso, Sophia and Mazie Galeon; standing: Mark Tabuso, Laura and Andy Galeon.  CONTRIBUTED

Concentration of Filipinos in Daly City surpasses their presence in any other town in the continental United States, that fact is well documented. Of the 107,800 who completed their US Census forms in 2010, 33,649 identified as Filipino, making every 1 in 3 residents originating from the Philippine archipelago.

Since electing Filipino American Mike Guingona to the City Council in 1993, expectation of recognition of Filipinos arose among community advocates.  A silent campaign went under way but did not prosper until 26 years later today, with 4 of 5 sitting members of the City Council of Daly City descended from Filipino parentage.

Daly City Mayor Ray Buenaventura, whose first meeting as a new lawyer and Daly City resident was at the Bulos residence in the early 2000s, already had his eye on St. Francis Square which he calls a potential “Filipino Town” in his previous term as head of the city.

This current personal and city tribute he credited to the overtures of fellow Filipino advocates. “It was Ray Satorre and Perla Ibarrientos who first approached me with the idea,” he told this writer.  “For Alice, I thought of a highway designation when I heard that a bill passed in Sacramento that named a highway in Los Angeles after Barack Obama.  I though Alice Bulos was deserving of the same recognition and prestigious location.  Highway 35 runs through San Francisco, Daly City and South San Francisco.  How great would it be to have a highway that stretches all the way to her hometown of South San Francisco.  Her impact has been felt throughout the Bay Area locally, Statewide throughout California and Nationally.”

He was equally mindful of Galeon’s service.

“For Erlinda, she was heavily involved as a city Commissioner.  She loved kids and enjoyed reading to the children and the libraries.  What better way to honor her than name a children’s park after her.”

Buenaventura said Council Member Juslyn Manalo was firming up the Serra Station honors for Bulos.  Manalo was unable to reply to Inquirer.net at press time.

The mayor said he is in talks with Assembly Member Phil Ting, whose office encompasses north San Mateo County as well as San Francisco.

“Phil was very supportive and agreed to sponsor the bill.  My staff is working closely with his office to prepare the appropriate resolutions.”

The prospect of getting Governor Gavin Newsom’s signature is favorable “because of his close relationship with Alice,” Buenaventura said.  “It’s my hope to have it signed by the governor in time for Alice’s birthday in March.”

The present is the ideal time literally to set in stone the civic leaders’ lifetime service, says their favorite protégé.

“We could have acted while they were alive, but I suspect that given their selflessness and humility, they probably would have tried to convince me there were others more deserving and that their own body of work had yet to be completed.”

Dedication ceremony for the Erlinda Tiongco Galeon Tot Lot is tentatively scheduled for November 2019 to manufacture a new park sign, per Resolution 19-119. “The cost to replace the park sign is estimated at $3,263.30.”