When is police use of deadly force unreasonable? 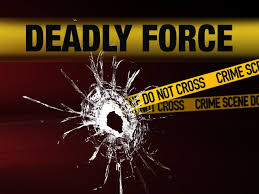 The Fourth Amendment of the U.S. Constitution protects persons from unreasonable search and seizures, including the use of excessive or deadly force. The U.S. Supreme Court ruled, in the case of Tennessee v. Garner, that an officer cannot use deadly force against a fleeing suspect unless the officer has probable cause to believe that the suspect poses a significant threat of death or serious physical injury to the officer or others.

Luis Ramirez was drunk and causing a disturbance in the neighborhood on Friday, July 25, 2014 at around 3:30 a.m. The Los Angeles Police Department deployed its officers in response to a 911 call that Ramirez was attempting to get into a home. Two officers arrived and after Ramirez threw rocks at them, they called for backup. A sergeant, a helicopter, and five additional officers arrived on the scene. A drunk Ramirez was in the front yard of the residence behind a wrought-iron fence. He was holding broomsticks and kept throwing rocks at the officers.

Ramirez’s mother, Maria Delores Ramirez, who lives in Guatemala, sued the City of Los Angeles and the Police Department for wrongful death. Her attorneys argued that the police’s use of deadly force was unreasonable and excessive because Ramirez did not attack the officers after he was shot with a Taser. One of the eyewitness who was not a police officer testified that once Ramirez was shot with a Taser, he never took a step towards the officers, or tried to attack the officers. Even some of the officers admitted that once the non-lethal force options were used, Ramirez did not swing the sticks at the officers or lunge at them.

Ramirez’s family further claimed that the use of deadly force was unreasonable and excessive because Ramirez did not have a deadly weapon on hand, was standing behind an iron gate, and he was surrounded by several officers, who were bigger than he was.  More importantly, the officers could have used other available non-lethal force to subdue Ramirez.

The city argued that Ramirez’s aggressive behavior left the officers no choice but to shoot him. The officers, however, differed in their testimonies as to whether Ramirez had tried to attack the officers after being hit with the Taser. The city also argued that Ramirez’s mother should not be awarded damages because she lived in Guatemala and he lived in the U.S. and they did not have a close relationship.

Were the police officers’ use of deadly force “objectively reasonable” in light of the circumstances? The jury clearly answered “no.” The Daily Journal reports that after deliberating for two hours, the jury returned a verdict for Ramirez’s family, awarding a total of $2 million in damages.