PROSPECT PARK, Illinois — A 66-year-old pastor’s wife from Mount Prospect left for the Philippines Thursday afternoon, August 23, after being deported by U.S. Immigration and Customs Enforcement.

Julita Bartolome’s family now plans to seek an immigrant visa from abroad a waiver so Bartolome can re-enter the United States after this deportation, said Bartolome’s lawyer, Katherine Del Rosario. 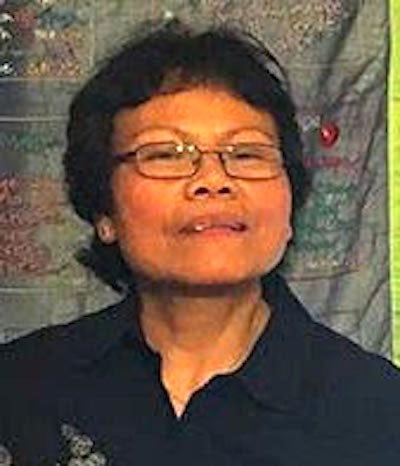 Efforts to stop the deportation of Julita Bartolome by the offices of U.S. Rep. Jan Schakowsky, D-Evanston, and Sen. Dick Durbin, D-Ill. failed.

Bartolome, nee Julita Rafael, came to the United States in 1988 as a domestic worker but overstayed her visa. She has no criminal history. Until recently, Bartolome lacked access to a good lawyer and did not know how to navigate the immigration system, her attorney, Katherine del Rosario, told WEBZ.

Julita’s husband, Edgardo Bartolome, is a custodian at Moody Bible Church and is a pastor at Filipino Immanuel Baptist Church of Chicago, an immigrant church on the city’s Northwest Side, according to WEBZ. Julita had been detained at McHenry County Adult Correctional Facility for over a month.

Rep. Schakowsky’s spokesman Miguel Ayala said Wednesday that the congresswoman sent her first emergency letter asking for the stay of removal a few days ago. The case is “just an illustration of the topsy-turvy priorities of this administration, to deport the 66-year-old wife of a pastor,” Ayala said.

Julita Bartolome lived in Florida until 2000, when she married Edgardo, a widowed father of two and later moved to Illinois to be with her husband. After overstaying her visa, she was granted voluntary departure and given 30 days to leave the country. Bartolome appealed the case, but a judge dismissed the appeal. Bartolome’s lawyer at the time apparently did not notify her of the dismissal and that the removal order remained.

According to Del Rosario, the couple filed a family petition, called an I-130, in 2002, and it was approved. But because Bartolome had a removal order, she had to wait 10 years to receive a green card. The family had no money to hire a proper immigration attorney and thought that they had to refile the I-130 petition to apply for a green card.