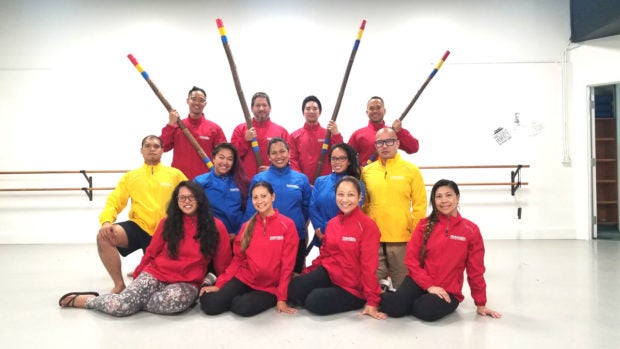 SAN FRANCISCO — Back from its Japan tour, Parangal Dance Company is now preparing for its second international jaunt of the year. This time, the dancers are headed for the Kyparissia Sunshine Festival in Greece.

The Kyparissia Sunshine festival, organized by the Council of International Folklore Festivals and Folk Arts, will be from Aug. 28 to Sept. this year. The Council has been hosting different folkloric festivals all over the world.

The festival’s theme is “Feeling our Cultural Heritage,” commemorating different folkloric dances from many countries such as Argentina, Bangladesh, Bolivia, Czech Republic, Philippines (USA) and Greece. This will be the first time for Kyparissia Sunshine Festival to have participants representing the Philippines.

“The opening day of the festival goal is to showcase tourism opportunity for our country and of course feature the countries through videos and live performances,” says Katrina Droulia, General Secretary and a longtime member of CIOFF Greece. 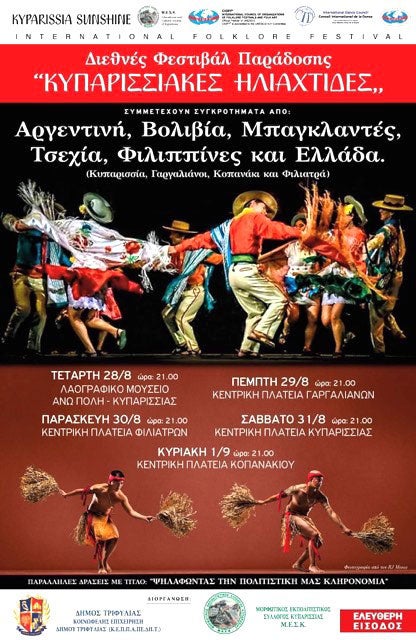 “The committee and the mayor will be welcoming the participants. We are excited to see all the participants get to know each other. They will feel our cultural heritage by a tour at the old town and the castle after the opening and will have an opportunity to taste our traditional cuisine,” Droulia added.

For this round of International tours, Parangal Dance prepared restaged dances inspired by several tribes in the Philippines such as Kalinga, Maranao, Maguindanao, Ta’u Sug, Yakan and Tboli.

Artistic Director Eric Solano says, “In this tour, we are excited to be part of this historical event. We will be joined by one the culture bearers we have been working with, Jenny Bawer-Young as she will be part of the Kalinga performance that we will be doing. This will be our first time going on an international tour with a culture bearer and it’s an honor for us to have this opportunity.”

The cast members of this tour (9 women and 9 men) will be performing a variety of restaged dances from different research trips the group has done over the years, including some restaged dances from Bayanihan Dance Company and Ramon Obusan Folkloric Group known to be pioneers in folkloric dances in the Philippines.

More information about the festival can be found at:

More information about Parangal Dance Company can be found at: http://www.parangal.org/