RED DEER, Alberta – Signature Filipino fast-food chain Jollibee has arrived in Alberta, Canada, with its fifth newest branch, in Edmonton City, and shows no sign of stopping its expansion.

Company information shared with INQUIRER.net shows that some 8,000 customers were served at this new branch during its opening day, including a Canadian who had camped out for three days – breaking the record for the longest wait for a Jollibee opening. 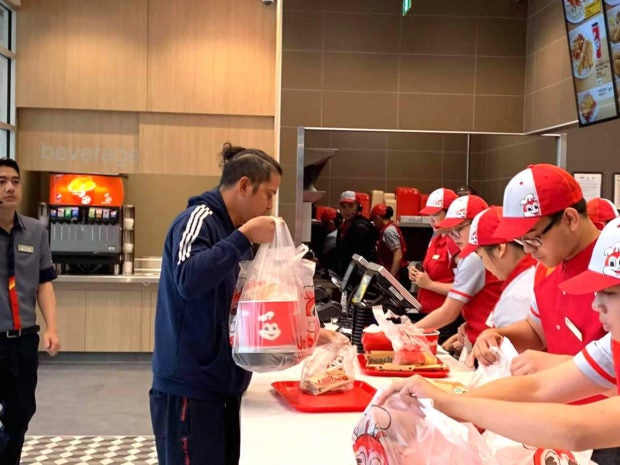 Jeof Mendoza has been coming back three days in a row at Jollibee Edmonton. CONTRIBUTED

Company representatives noted that customers came as far as Nova Scotia, a province in Atlantic Canada, a nine-hour flight to Edmonton, in order to make it on opening day.

“As we looked to expand across Canada with 100 new stores over the next 5 years, we knew we had to have a location in the Alberta province,” said the store official in an email interview with INQUIRER.net.

The company observed that Edmonton “has a large Filipino population that has grown up with the brand.” “Filipino Canadians are the third largest subgroup of overseas Filipinos and one of the fastest growing groups in Canada,” Dela Cruz said.

The 2016 census by Statistics Canada estimates there are more than 60,000 ethnic Filipinos living in Edmonton. 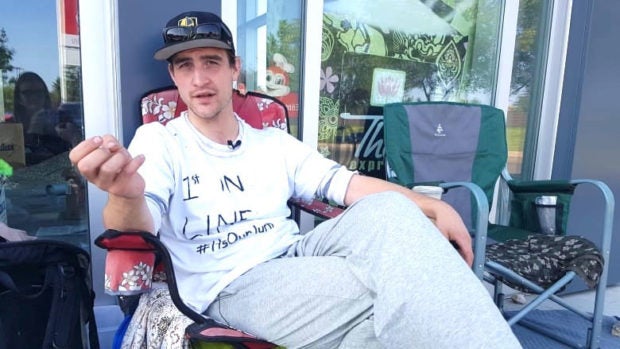 Jordan Haworth just had to be first in line for the opening o Jollibee Edmonton. He camped in front of the store for 3 days. FACEBOOK

“Given this, we wanted to give our local longtime fans as well as curious newcomers an easier way to satisfy all of their Jollibee cravings, as our other locations in the Greater Toronto Area and Winnipeg are anywhere from a 13-hour drive to a 4 hour flight away,” she said.

“Now it’s Edmonton’s turn to experience the joy of Jollibee and have our signature Jolly Crispy Chicken at their fingertips!” she added.

The first bites of Jollibee yum-burger with cheese reminded Edmonton resident Danilo de Leon, 48, of his hometown in the Philippines.

“I am so happy that we have our own Jollibee food chain here in Edmonton. We don’t need to drive all the way to Winnipeg and Ontario. The first bite of yum burger with cheese reminded me of home,” he said.

“One of my Canadian friends asked me what is the difference between McDonalds and Jollibee, I told him to try it and you will love it too the way Filipinos love it,” he said.

Meanwhile, Jeof Mendoza, 36, has visited the branch on Calgary Trail in northwest Edmonton three days in a row to get the familiar-tasting food. On Sunday, Mendoza and his wife waited four hours to order food to bring home.

The warm welcome the branch received has humbled the company’s officials and employees.

Approximately 500 customers lined up before the 7 a.m .opening on Friday, many of whom were carrying #It’sOurTurn signs to express their excitement. 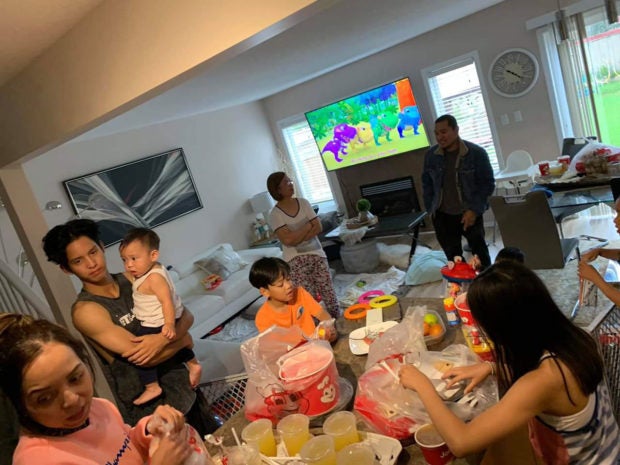 “The crowd who came on opening day was made up of both members of the Filipino community and curious newcomers alike. In fact, our very first customer, who waited in line for three days, did not come from a Filipino background, nor had he ever tried Jollibee before,” said dela Cruz.

Indeed, Canada Global News reported that 26-year-old Jordan Haworth set up a lawn chair outside the branch 3 days ahead of its opening. He said he’d heard so much about Jollibee from his mother, who tasted its food in the Philippines, he just had to have a taste of it too.

“We are privileged to be able to return the enthusiastic welcome we have received from the community with our warm and friendly service, as we continue to serve our Alberta customers in the coming weeks, months and years.”

“Along with our signature dishes, we are pleased to be able to provide Canadian communities with the welcoming atmosphere of our store and the warm and friendly service Jollibee is known for,” she added.

LATEST
Canada to join Five Eyes allies in banning Huawei, ZTE 5G equipment
White House considers waiving smog rules on gasoline to reduce pump price
The Many Ways In Which SEO Backlinks Help Your Website Get More Visitors
First baby formula from Europe arrives in US
Elon Musk denies he sexually harassed flight attendant on private jet
Why Hiring Digital Marketing Services Is a Must In 2022