Eden Hazard has seen his competitive debut for Real Madrid delayed after injuring his left thigh. Madrid said Hazard was injured in Friday’s training and will miss the team’s Spanish league opener at Celta Vigo on Saturday.

Madrid did not give a timeframe for the player’s recovery, saying it “will continue to be assessed.” Hazard was Real Madrid’s top offseason signing and there were high expectations surrounding his anticipated official debut this weekend.

Madrid acquired the 28-year-old playmaker from Chelsea for a reported fee of around 100 million euros (now $110 million) plus add-ons, making him the club’s most expensive signing ever.

Spanish media reports claimed the injury could keep Hazard sidelined for up to a month, potentially keeping him from the team’s first four league games.

The former Chelsea playmaker is also expected to miss Belgium’s qualifying games for the 2020 European Championship in September. 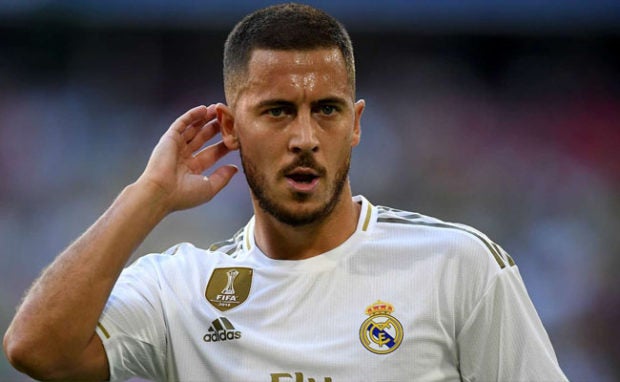 Madrid also will be without left-back Ferland Mendy and Marco Asensio because of injuries.

Real Madrid is coming off one of its worst campaigns in the last decade. It was out of title contention several weeks before the end of last season, prompting the return of coach Zinedine Zidane.

“We want to make the fans happy and play good football. That’s what it’s all about,” said Zidane, who led the team to the league title in 2017. “Things are going to be done little by little, starting with tomorrow’s (Saturday’s) game. There are a lot of new players and I’m happy with them.”

Zidane said Friday he expects to count on James RodrÃ­guez and Gareth Bale despite talks they could still be transferred.

Zidane said he was “happy” to have Rodriguez on the squad and called Bale “an important player.”

“It looked like he was going to leave but now he is here with us,” said Zidane, who last month said Bale’s departure would have been better for everyone.

Overwatch Esports League Expanded and Ready for the Road

What Did the USA Women’s’ World Cup Title Mean for the Sport?