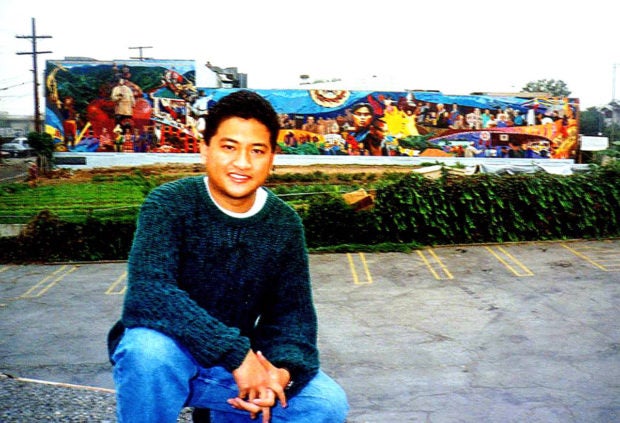 SACRAMENTO, California – A Filipino is among 3 of the country’s top street artists who will create murals for the University of California in Sacramento during the Wide Open Walls mural festival from Aug. 8 to 18.

The artists chosen this year are Hoxxoh, who lives and works in Miami and Jillian Evelyn and Eliseo Art Silva, both based in Los Angeles

Silva, who was born in the Philippines, calls himself “a weaver of history and heritage.” His 1995 mural “Filipino Americans: A Glorious History, a Golden Legacy” was named one of the 10 monumental murals in Los Angeles. It is a tribute to the Filipino American farmworkers whose protests in the late 1960s fueled the five-year Delano grape strike.

Silva arrived in Sacramento a few days early to lead a “mural in minutes” workshop at the Filipino American Youth Leadership Conference held on campus, according to CSUS News.

“While he has an overall design, parts of the mural will have input from the community, particularly youth,” Sales told CSUS News.