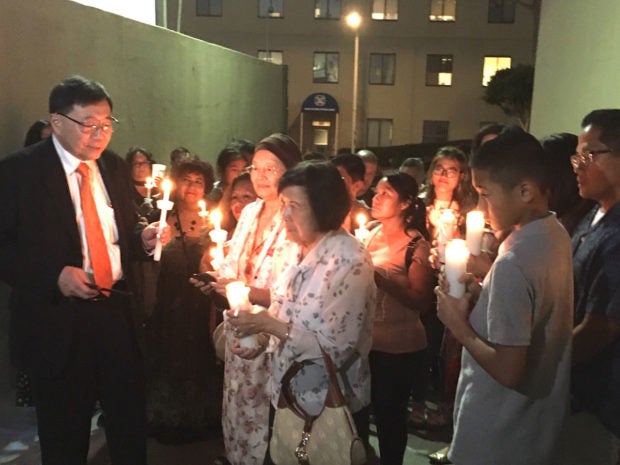 Community members on Friday held a candlelight vigil in Los Angeles to commemorate the 20th death anniversary of Joseph Ileto. Ileto was a Filipino American postal worker who was shot and killed on Aug. 10, 1999 by a white supremacist who earlier that day opened fire at a Jewish community center and injured five people. INQUIRER/Agnes Constante

LOS ANGELES – Joseph Ileto had the day off on Aug. 10, 1999, his mother recalled. But when his coworker called in sick, he didn’t hesitate to cover his shift, she said.

She remembered speaking to her son briefly on the phone that morning, but she didn’t know it would be the last time she would hear his voice.

Ileto, a Filipino American postal worker, was delivering mail in a Los Angeles neighborhood that day when he was shot and killed by a white supremacist who had earlier in the day opened fire at a nearby Jewish community center, injuring five people.

“As a mother when you lose a child, especially your first born to a hate crime, that murder took a big part of my heart,” Lilian Ileto, Joseph’s mother, said Friday evening during a 20th anniversary commemoration event for her son in Los Angeles.

In the two decades since Joseph’s death, his family has worked hard to spread awareness about his story and hate crimes by speaking across the country about what happened.

Ismael Ileto, Joseph’s brother, noted that earlier news reports did not describe Joseph as a Filipino American, despite the fact that the color of his skin was the main reason he was killed. The shooter, Buford Furrow, said he killed Joseph because he thought he was Asian or Latino and because he was a federal employee.

“I thought it was just an insult to him as a Filipino American, to our family as Asian Americans, and to our whole community,” Ismael said. “Here we are, we’re getting killed or harmed, and yet the mainstream media is not recognizing who we are. It gave us a feeling of, we don’t count.”

Deena Ileto, Joseph’s sister-in-law, said the initial lack of recognition of Joseph’s ethnicity is what has fueled his family to fight against hate crimes and white supremacy.

FEATURED STORIES
US immigration 2020 – what’s in store for Filipinos, other immigrants
Ex-aide of Imelda Marcos is New York’s No. 2 tax cheat
Get Rid Of a Hickey In 90 Minutes

Less than a month after Joseph’s death, Ismael recalled sitting in the front row at a gun control legislation signing event. The Jewish community was mentioned multiple times, but there was no mention of Joseph.

The family, in addition to speaking about their experience, has united with other communities and participated in marches and demonstrations to defeat white supremacy. In 2002, the Iletos were awarded by American Citizens for Justice for their efforts to spread awareness of hate crimes. 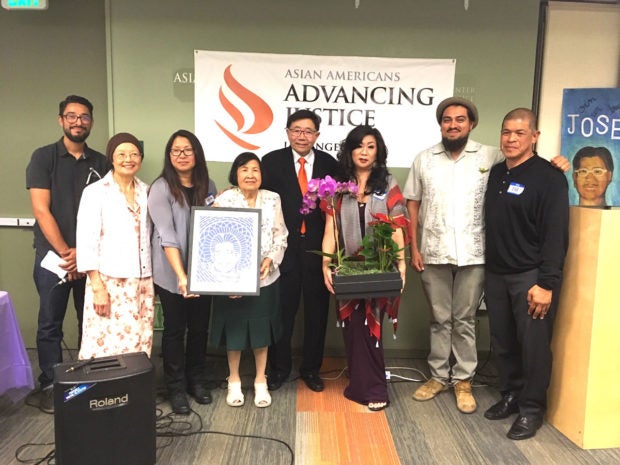 Their advocacy was also met with hate mail and death threats that led them to move to a different home, but Deena said that strengthened their motivation to speak out more.

“Our families, they teach us don’t say anything, don’t speak, because we’ll look like trouble makers or we’ll be the center of attention and they’ll retaliate or they’ll do something against us,” she said. “But it made us want to work harder to reach out to the communities and the students to build a better and stronger and safer community for everyone because it’s happening more and more.”

The Ileto family said it’s necessary for groups of all backgrounds to work together to address hate crimes, particularly given the anti-immigrant rhetoric of the Trump administration.

The commemoration of Joseph’s death came a week after a mass shooting in El Paso, Texas where 22 people were killed. The shooting suspect said he targeted people of Mexican descent.

According to Gun Violence Archive, which tracks gun violence incidents across the United States, there have been more than 257 mass shootings – incidents where four or more people are shot or killed – in the country in 2019. 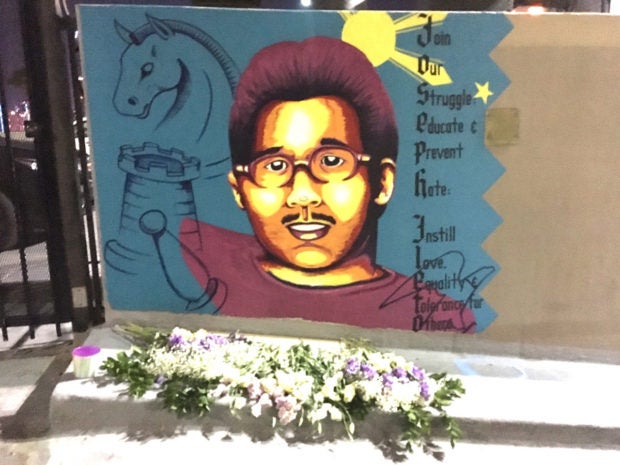 A mural of Joseph Ileto at civil rights non-profit group Asian Americans Advancing Justice-Los Angeles was the site of a candlelight vigil on Friday that commemorated the 20th anniversary of his death. INQUIRER/Agnes Constante

Although it’s been 20 years since Joseph was killed, his family says that the constant news of mass shootings makes it feel like it was just yesterday.

“We’re not asking to take the guns away,” Ismael said. “We’re just asking to make it not as easy and to increase our chances of not getting shot, basically.”

He added that he hopes the Filipino American community will get involved in their efforts by voting for representatives who will support policies that will benefit the community, including gun control legislation.

“We work hard because we have a son and we don’t want him to grow up having to look over his shoulder, or anyone, because we believe in our hearts that there is going be a better future, a safer future,” Deana said. “But we all have to be actively involved.”