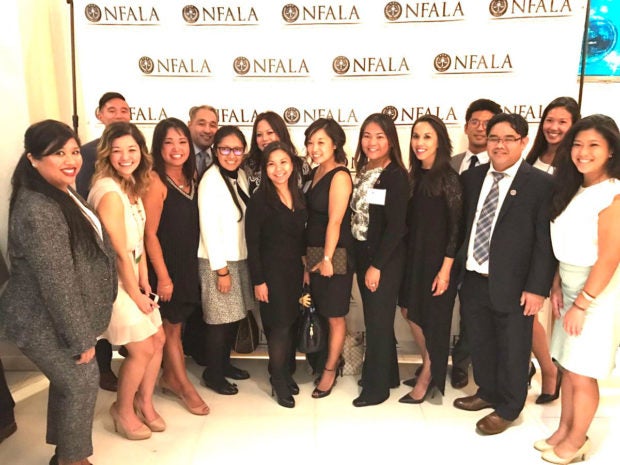 SEATTLE, Washington — A national organization of Filipino American lawyers, NFALA, expressed disappointment at the August 2, 2019 decision of the U.S. Citizenship and Immigration Services (USCIS) to terminate the Filipino World War II Veterans Parole (FWVP) Program, which was created to honor the service of Filipino World War II veterans and enable them to have their family members join them in the United States.

“The USCIS’s announcement that it intends to terminate the FWVP Program is a grave and disconcerting one,” said NFALA president Eric de los Santos.

“The USCIS’s rationale that categorical parole programs like the FWVP Program allows individuals to ‘skip the line and bypass the proper channels established by Congress’ not only contradicts the agency’s own reasoning for setting up the program, but it desecrates the contributions and sacrifices made by our veteranos,” De los Santos argued.

In 1941, more than 260,000 Filipino soldiers responded to President Roosevelt’s call-to-arms and enlisted to fight for the United States during World War II. Many made the ultimate sacrifice as soldiers in the U.S. Armed Forces in the Far East and as guerilla fighters during the Imperial Japanese occupation of the Philippines. Approximately 26,000 brave Filipino soldiers who fought under the American flag became proud U.S. citizens. As U.S. citizens, these individuals can petition for their family members to come to the United States. Unfortunately, due to statutory visa caps, many individuals wait for years or even decades to be reunited with their family members.

Parole is an avenue provided under the Immigration and Nationality Act that allows individuals to temporarily come to the United States on a case-by-case basis for urgent humanitarian reasons or significant public benefit. In 2016, USCIS implemented the FWVP Program in recognition of the contributions and sacrifices of Filipino veterans who fought for the United States during World War II.

Under this program, certain family members of Filipino American veterans may be granted parole to come to the United States to provide support and care to their Filipino veteran family members who are U.S. citizens or lawful permanent residents.  Specifically, those who may benefit from the FWVP Program are individuals:

(1)  who are the beneficiaries of Forms I-130, Petition for Alien Relative, including any accompanying or following-to-join spouse and children, who were approved on or before the filing date of the parole request;

(2)  whose qualifying relationship with the petitioning relative existed on or before May 9, 2016;

(4)  whose immigrant visas are not authorized for issuance per the Application Final Action Dates chart for family-sponsored preference cases on the Department of State’s Visa Bulletin; and

(5)  whose petitioning relatives have established they are either Filipino World War II veterans (as recognized by the Department of Defense) or are the surviving spouses of such individuals.

In all cases, whether to parole a particular individual under this policy is a discretionary determination that is made on a case-by-case basis. Since the FWVP Program was created, nearly 300 Filipino families have been reunited in America.

“Therefore, we strongly urge the USCIS to reconsider its position on this matter,” De los Santos appealed.

“Furthermore, we repeat our call for Congress to pass the Filipino Veterans Family Reunification Act, introduced in both the House of Representatives and the Senate earlier this year, which would expedite the visa process for children of naturalized Filipino World War II veterans.”