Chain migration continues to grasp for the American Dream Maria Cristina Acosta and her children in the snow. CONTRIBUTED

While growing up, Maria Cristina Acosta and her two siblings, Glenn Jr. and Eunice, did not have the chance to celebrate important occasions with their father. Their dad, Glenn Sr., was a seafarer. They were practically raised by their mother, Cornelia, until such time their petitions to immigrate to the United States were approved.

But it took decades before the Acosta family reunification happened. Perhaps another decade for Cristina to bring her daughter and grandchildren to America toward the fulfillment of the “American Dream.”

“It was my dream to have all the family members in America. Despite the seemingly good life in the Philippines, I still longed for a whole family,” says Cristina, 44, a certified nursing assistant (CNA), and assistant teacher to children with autism.

Like millions of Filipinos in the United States, the Acosta reunification illustrates the phenomenon of chain migration. Typically, when a family member is already settled Stateside, the petition process starts to bring the rest of the family over. 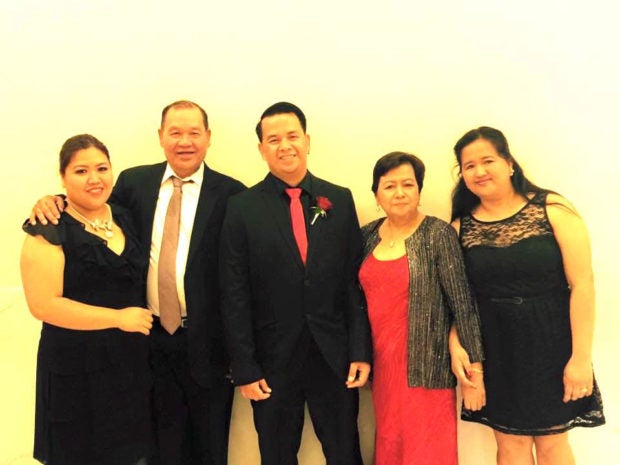 In 1974 Luzviminda Acosta, a chemist by profession and the eldest sister of Glenn Sr., immigrated to the United States. After petitioning for her husband, she petitioned for her parents. In turn the parents petitioned for the remaining children in the Philippines.

“All eight siblings including my father are now American citizens. Their immediate families are already here,” Cristina says.

Glenn arrived in the US in 1989 and became an 18-wheeler truck driver. He started the petition as soon as he got his green card. The first to come to America was Eunice in 1997 because she would turn 18 years old in a few months. Glenn Jr. and Cornelia came in 2009. Cristina’s petition was changed into another category because she was over-age.

“My petition status was F1B single parent with children. It took 13 years because it was the waiting period for visa approval. Although, we have six children, I never got married because it would affect the status of the petition,” Cristina explains. Hence, her children carry the surname Acosta.

But her sacrifices had a price. Cristina and the father of her children drifted apart. Joana, her eldest daughter, was left behind because of she was over-age.

Chain migration is the result of the U.S. Congress’ decision in 1957 to “prioritize the admission of non-nuclear, extended family members in U.S. immigration policy.” It allows each immigrant to petition for the parents, siblings and their families, and adult children and their families.

According to the website NumbersUSA, this system resulted in an “unlimited chain migration” which comprises 67 percent of total immigration to the United States over the past 10 years, inwhich the family-preference categories were oversubscribed.

Single parent is a ‘super mom’

Settling down in America is difficult.  The perception of the “land of milk and honey” is not true after all. One must work really hard to get the “milk and honey” especially if one has five kids and is the sole breadwinner, like Cristina. She waited for her Social Security Number (SSN) before she was able to work.

“I worked three jobs. Papa Glenn helped us too when we stayed in his place for three years. The elder kids who had part-time jobs then were helping me in paying the bills,” Cristina recalls.

Unlike in the Philippines where one can always rely on helpers or parents, Cristina did everything including dropping and picking up the younger children from school.

Despite the hardships, Cristina never thought of giving up or marrying someone for convenience.

“Marriage is (now) far from my mind. My kids don’t like me to have another relationship because they knew my heartaches,” Cristina says.

Due to cultural differences, raising kids in America can be quite daunting. But Cristina was able to balance work and the huge task of raising three boys and three girls. 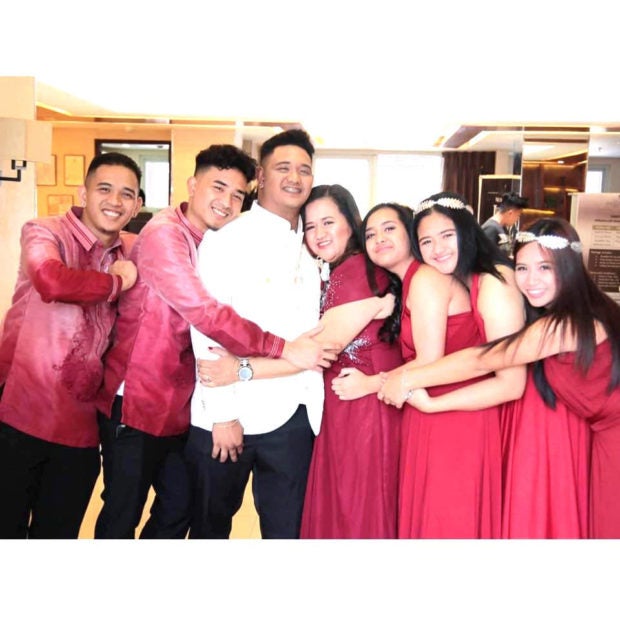 “I did not hide anything from my kids. In our home, lying is a crime. They can voice out their opinions and share their thoughts,” Cristina shares.

Cristina also admits that her kids may have some regrets but they don’t dwell on that, instead they are acknowledging the sacrifices she made to get them all to the United States.

“I have to sacrifice my personal happiness for the sake of my kids. I have suffered for a long time just to keep my family intact. Presently, only my kids are my family,” Cristina says.

In spite of her age, Cristina did not stop her educational development. As a registered nurse in the Philippines, she is qualified to be a CNA in the U.S. She took the examination and recently passed it. Presently, she is reviewing for the National Council Licensure Examination for Registered Nurses (NCLEX). However, despite this, Cristina and her family’s journey to reunification is far from over.

Cristina’s sons, Toffer and Kristian, are now married to their childhood sweethearts. The two are dividing their time between the U.S. and the Philippines. Joana, her eldest is separated from her partner and has four kids. Cristina and her two adult sons are LPR (Lawful Permanent Residents) or green card holders.

Toffer and Kristian are already awaiting the result of the petition of their spouses (FI-130 Petition for Alien Relative). This petition establishes that a valid family relationship exists between a U.S. citizen or green card holder and a person seeking a green card.  Cristina is petitioning for Joana under F2B visa which is a Family Preference visa issued to the spouse or unmarried minor and adult children of an LPR.

“My kids may be adults now and have their own life, but I won’t stop until all of them, including my grand-kids, are in the U.S. They are my family and they can start anew here,” Cristina says.

Cristina’s advice is not only for single moms, but also for family who are thinking of mimigrating to other countries:

“Study the culture and prepare each family members on the pros and cons of migration. Expect the best, but also prepare for the worst. Teach your children to be independent and responsible. All your dreams will come true with or without complete set of parents. Your children are your family.”

According to NumbersUSA, as of March 2009 “Filipino siblings of U.S. citizens (Family 4th) must wait more than 23 years for a visa to become available. Mexicans and Filipinos must wait significantly longer than other nationalities for all these categories, due to higher-than-average application rates.”