Sex Abuse in College: Reaches An All Time High in 2019

Sex Abuse in College: Reaches An All Time High

One man believes he missed his chance to play in the National Hockey League because he lost focus after being sexually abused by an Ohio State team doctor. Two former wrestlers say they left their sport because of it and delayed finishing their college degrees. A tennis player says he became so leery of medical exams that he lived with months of pain before getting treatment for a benign testicular tumor.

And an alumnus says his experiences with Dr. Richard Strauss gave him panic attacks, upended his dreams of becoming a literature professor, contributed to a troubled marriage and haunted him for over two decades.

The men count the cost in the gap between what is and what-if in stunted athletic and academic pursuits, altered careers, physical and mental health issues, and spoiled relationships with their parents or spouses or children. But who puts a price on that fallout, and how? 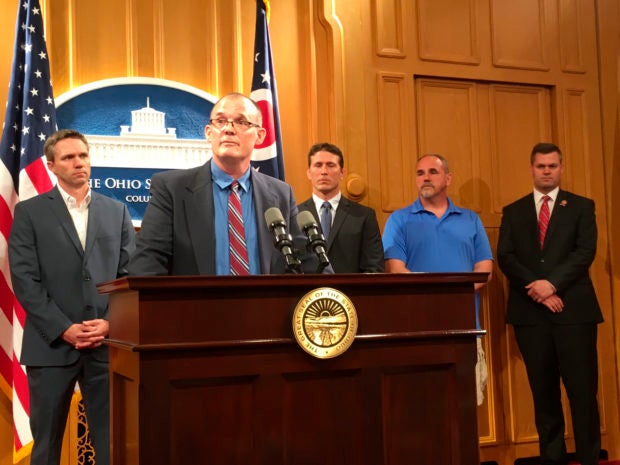 FILE – In a Tuesday, June 4, 2019 file photo, Roger Beedon discusses how sexual misconduct by now-deceased Ohio State team doctor Richard Strauss has affected his life, during a news conference with fellow Strauss accusers, from left, Brian Garrett, Dan Ritchie and Mike Flusche, and state Rep. Brett Hillyer, at the Statehouse in Columbus, Ohio. Men who say they were sexually abused by longtime Ohio State team doctor Richard Strauss are recounting how it changed their lives to make their case that the university owes them financial compensation. (AP Photo/Kantele Franko, File)

That’s one of the looming questions as lawsuits against Ohio State by the late doctor’s accusers move through mediation in pursuit of possible settlements after an investigation for the university found that Strauss sexually abused at least 177 young men between 1979 and 1997 and that school officials heard concerns but didn’t stop him.

Seven lawsuits brought by more than 165 men allege university employees turned a blind eye for years while the doctor fondled health clinic patients and male athletes from a variety of sports under the guise of medical care. 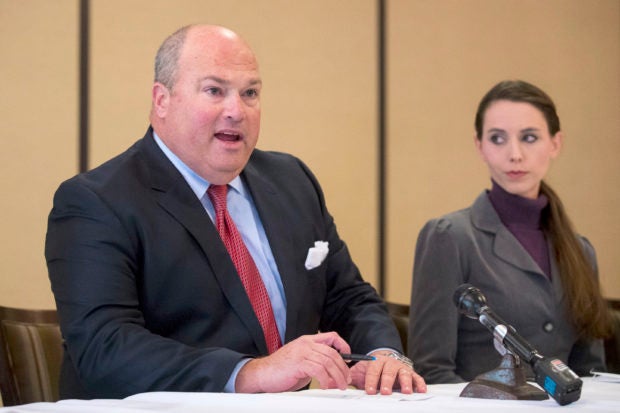 FILE – In a Thursday, Dec. 7, 2017 file photo, Attorney John Manly speaks during a press conference after Michigan sports doctor Larry Nassar was sentenced to 60 years in prison on child pornography charges in Grand Rapids, Mich. As victims’ lawsuits move through mediation in pursuit of possible settlements, one looming question is: Who puts a price on that fallout, and how? (Mike Clark/The Grand Rapids Press via AP, File)

The Associated Press doesn’t typically identify people who say they are survivors of sexual assault unless they choose to be named.

Ohio State acknowledged its failure to prevent abuse by Strauss, apologized publicly and vowed it’s a different university nowadays, with programs and policies to prevent and address sexual misconduct. But that doesn’t guarantee a settlement.

The school argued in legal filings that the accusers’ claims are time-barred by law and should be dismissed, though a spokesman also said Ohio State is “committed to the mediation process.” 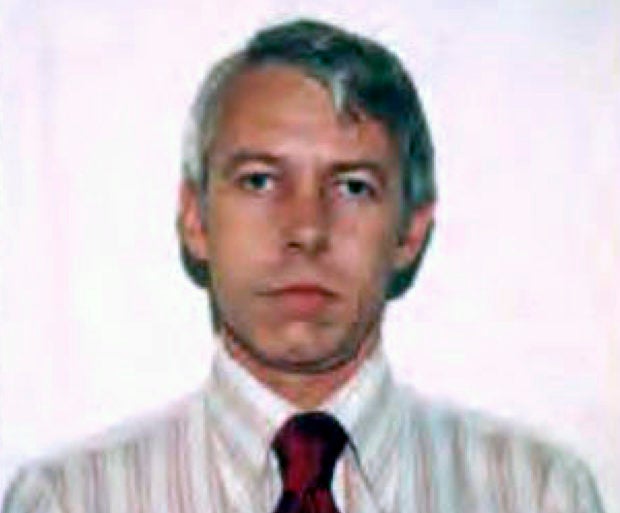 FILE – This undated file photo shows a photo of Dr. Richard Strauss, an Ohio State University team doctor employed by the school from 1978 until his 1998 retirement. Men who say they were sexually abused by Strauss are sharing how it changed their lives to make the case that the university owes them compensation. (Ohio State University via AP, File)

The lawyers involved have been tight-lipped about mediation, but other headline-making cases offer clues about what shapes university settlements in cases of widespread sexual misconduct.

Lawyers who mediated most of Penn State’s $109 million in payouts for dozens of claims involving former assistant football coach Jerry Sandusky told reporters they took into account the accusers’ credibility, available evidence and records, the perceived strength of the claims, and details and timing of the alleged abuse.

Different evaluators consider different factors, which also can include a victim’s age and maturity, their trust in a perpetrator, frequency of abuse, effects on their physical and mental health, and any related expenses, said John Manly, a lawyer for many of the female gymnasts who accused now-imprisoned sports doctor Larry Nassar of sexual assault.

Forensic economists sometimes hired for liability cases say some of the effects on victims can be tallied fairly easily, such as counseling expenses or earnings lost because of impact to their studies or careers.

Take the aspiring literature professor from Ohio State, who recalls in detail the last time he saw Strauss. He recounts how the doctor molested him during an exam, and then insisted on giving the dumbfounded student a ride home, bought him fast food on the way, and asked when he got out of the vehicle: What are you going to do?

The man said he never reported Strauss but abandoned plans to attend graduate school at the university and eventually pursued a job in federal law enforcement because he wanted to learn to defend and protect himself and his children. A forensic economist estimated he lost $1.4 million in potential earnings because he took that path instead of getting the doctorate he envisioned, he said.

The emotional and mental effects are tougher to measure. Experts say determining what sort of price tag is often left to a mediator, judge or jury.

If settlements are reached, they can be structured to consider claims individually, or to provide a range of payouts based on various factors.

Patients of a longtime gynecologist who pleaded not guilty to sexual assault charges could get $2,500 to $250,000 under a recent $215 million settlement offer from the University of Southern California. After Michigan State University agreed to pay $500 million for hundreds of claims about Nassar, a former judge working as a mediator evaluated claims, talked with some of the survivors and determined how much each person received. Claims from more people are still pending in both cases.

A Global Look at the Catholic Church’s Sex Abuse Problem

Unlike those accusers, the Ohio State alumni can’t confront or press charges against their primary culprit. Strauss killed himself in 2005, and no one has publicly defended him since the allegations came to light last year.

That has left one of the nation’s biggest public universities in the hot seat. The pending legal cases pit Strauss’ accusers against what many of them describe as a beloved alma mater; an academic and athletic giant with a $3.7 billion operating budget, not counting its health system; and an even larger pool of investments, including endowments.

As both sides weigh their interests, each might find benefit to a settlement that could spare them the costs, time, uncertainty and publicity of a trial at which the abuse would be recounted, said John Culhane, who co-directs of the Family Health Law & Policy Institute at Widener University’s Delaware Law School and isn’t involved in the case.

Ohio State’s values and the essence of being a university also might bend it toward resolving the cases, Manly said.

“You can’t be a beacon of progressive thought, of Western civilization, of, you know, essentially modern philosophy and then just basically say that if we did something wrong to you, deal with it,” he said.

Whatever the outcome, no payout can fully achieve the intent under the law, that whoever is responsible provides compensation to right the wrong and make the injured party “whole,” said Culhane.

“That’s a fiction,” he said. “You can’t really do that. … If a person was sexually abused, nothing is going to make them whole again in that sense, but that’s what we’re striving for.”

Alkaline Water Benefits: Fully Explained
Tenuto 2: The Only Male Vibrator Designed For Him With Her In Mind
Best TV Recliners 2022
10 Signs Your Partner Is Emotionally Unavailable
Best Campfire Spray 2022
No Contact Rule: The Best Way to Get Over Your Ex
How to Find Out Who You Were In Your Past Life
LATEST
NBA: Grizzlies never trail in win over Pistons
Ukraine, Baltics rebuke Macron for suggesting ‘security guarantees’ for Russia
NBA: Celtics put away Nets in first meeting since playoff sweep
Biden praises George Clooney, U2, Gladys Knight, other Kennedy Center honorees
NBA: Kings snuff Bulls’ late rally for 3rd straight win