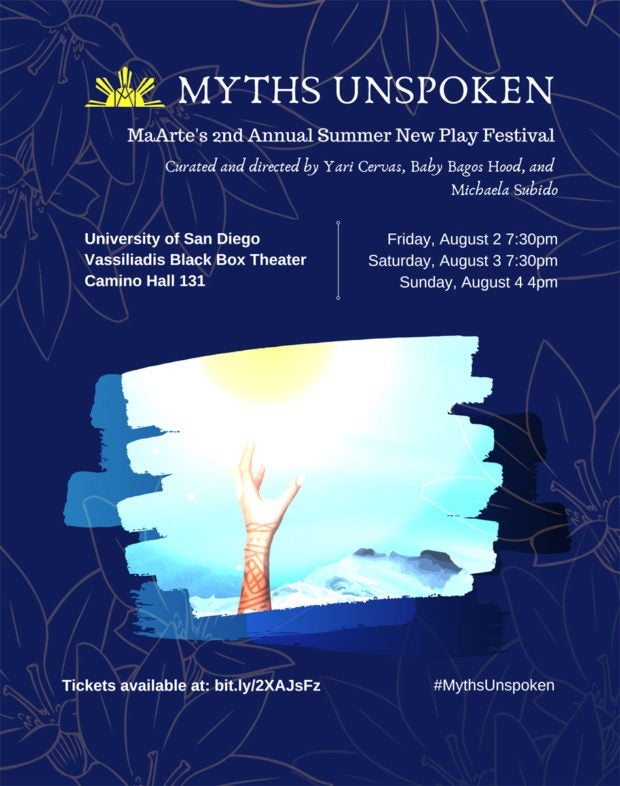 “Myths Unspoken” explores “the freedom of the future by reaching into our past,” states the festival’s press release. It features 8 emerging Fil-Am playwrights and poets, including a new play commissioned for the event, “Song by the Cranberries “by Cristina Ibarra.

MaArte is celebrating its one-year anniversary with a second night of short plays. The FLIP side, its first night of theatre and second-ever project, was a huge success thanks to the kapamilya (family).

Each performance will take place in the Vassiliadis Black Box Theatre, Room 131 in Camino Hall, on the campus of the University of San Diego. 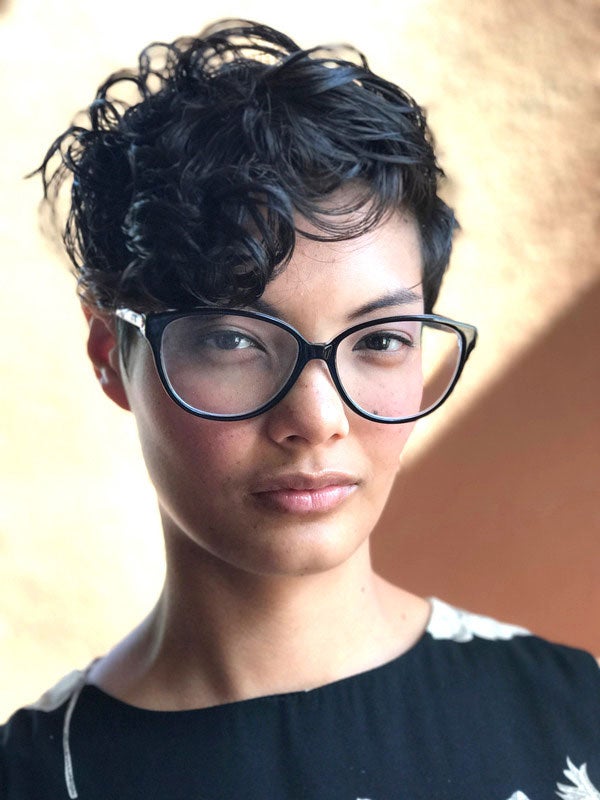 Yari Cervas (Artistic Director) is a director, producer, and San Diego native. She is proud to be a Founder and Artistic Director of MaArte Theatre Collective. She holds a B.A. in Theatre Arts from Westmont College where she commissioned and directed the premiere of Tar and Feather by Kristin Idaszak [Santa Barbara Indy Award for Directing]. Her most recent credits include MaArte’s own YOUR BEST AMERICAN GIRL as Director,  M. Butterfly as Assistant Director (dir. Desdemona Chiang; Southcoast Repertory), and The Fire in Me by Thelma Virata de Castro as Director (Asian Story Theatre). She has also collaborated with Cygnet Theatre, The La Jolla Playhouse, San Diego Repertory Theatre, The Old Globe, MOXIE Theatre, and SDSU’s School of Theatre and Television.

Cristina M. Ibarra is a playwright and actor based in Washington, D.C. Most recently, Ibarra played Lexie in Sooner/Later at Mosaic Theater and assistant directed Junk at Arena Stage. Ibarra’s first full-length play, Landas, was performed at the Kennedy Center’s Page-to-Stage Festival. Ibarra graduated from Georgetown University with a B.A. in Philosophy and Theater & Performance Studies. A song by the Cranberries is dedicated to Teresa – she can’t think of anyone else she’d rather shimmy & kickballchange through the zombie apocalypse with. 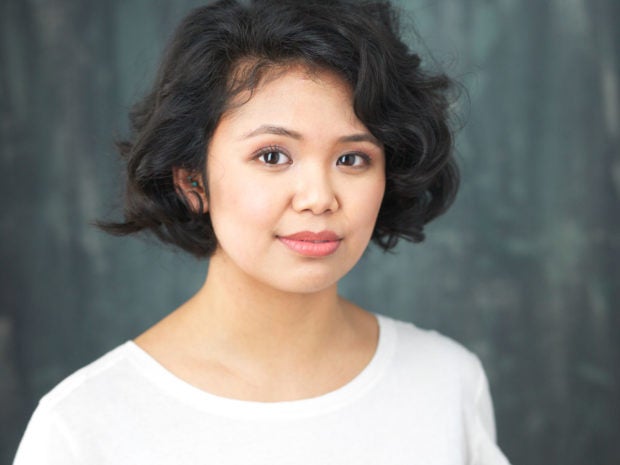