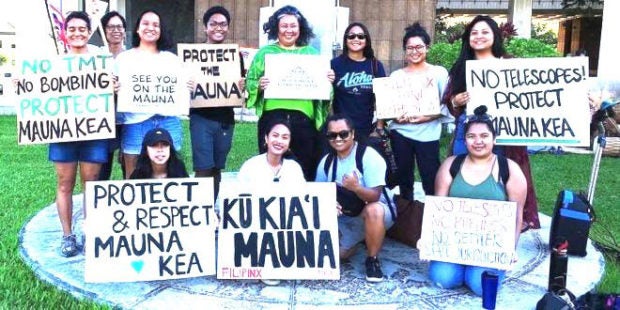 HONOLULU — Hundreds of people gathered in Waikiki, Hawaii on Sunday morning, July 21 for a protest march against a telescope to be built on the state’s tallest mountain, local media reported.

Activists opposed to the planned construction of the Thirty Meter Telescope on the dormant volcano Mauna Kea, which will be the world’s largest one and cost $1.4 billion, according to the Honolulu Star-Advertiser.

Many native Hawaiians consider Mauna Kea a sacred site, while astronomers hope the telescope will help them study the earliest moments of the universe after the Big Bang.

Democratic Governor David Ige said that no additional National Guard troops would be called in to transport construction equipment or enforce road closures after 80 guard members had been deployed at the start of protests on the Big Island.

More than 1,200 people blocked the roads to the top of the mountain Friday, July 19, where 13 telescopes have already been built because of its favorable stargazing conditions.