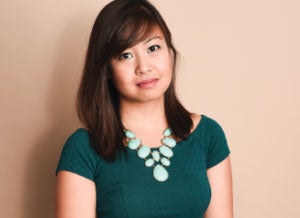 Davey Alba is a new technology reporter for The New York Times. SCREENSHOT

Alba was most recently was at BuzzFeed News, where she reported and wrote about artificial intelligence and technology’s invasive effects.

The NYT editors noted that one of Alba’s “standout pieces” was on how President Rodrigo Duterte of the Philippines used Facebook to fuel his war on drugs. The story won Livingston Award  for excellence in international reporting, as well as  a 2019 Mirror Award for best story on journalism in peril.

Alba had worked at Wired, Popular Mechanics and Gizmodo, on topics “as diverse as the effects of algorithms on people’s lives and gender discrimination in the tech industry.”

Alba moved back to New York after several years in Silicon Valley’s tech industry. She grew up in Manila, went to De La Salle University in Manila, moved to the United States in 2010 and has a master’s in science journalism from Columbia University.