The Los Angeles Clippers did everything to have a winning season this last season. This L.A. Clippers team was a huge force in the NBA finals.

They played aggressively, rebounded, and went far in the playoffs. In doing so, they had a winning record and gained some new fans and players in the midst. They even won a few games against the Golden State Warriors.

Over the weekend of the 4th, some good news broke concerning the Clippers establishment. Kawhi Leonard and Paul George, who are both from Southern California, are back to play for this team. 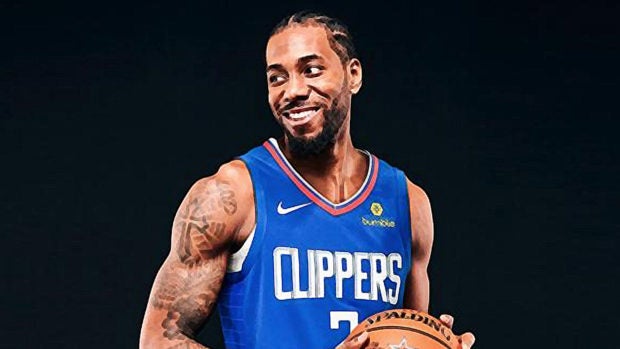 For those of you who do not know, Kawhi Leonard is a recently crowned NBA champion, along with his former Toronto Raptors. He agreed to sign in free agency after he helped bring Paul George from OKC over. 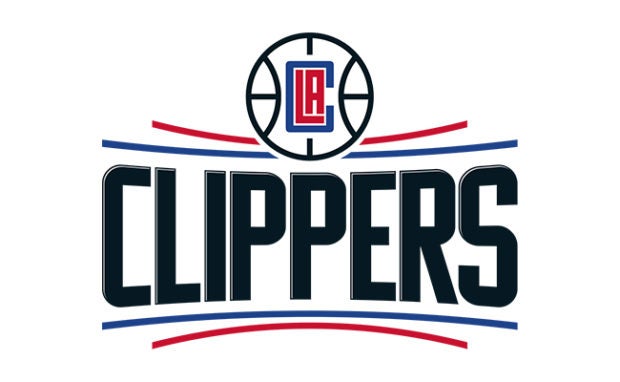 The L. A. Clippers wanted to get both of these great players, therefore, they sealed the deal with George by sending to Oklahoma City five future first-round draft picks and Shai Gilgeous-Alexander along with Danilo Gallinari.

What were the Clippers thinking? They gave up their starting point guard and a potentially huge star in Alexander. Gallinari was one of the leading scorers for L.A. That would be like the Lakers letting go of Lebron James.

Why did the Clippers do this? They were simply making sure that they have the best players on Earth.

They can win in the playoffs with these two shining stars, and they believe that they have made the right moves.

The L.A. Clippers had to make these critical moves to ever have a chance at the playoffs or the finals. Clippers’ fans have been let down season after season, and this past season, they received a treat.

Doc Rivers and the guys at L.A. want to keep this tradition going. The winning one.

Last season the Clippers were doing so well in the playoffs, then comes news of Magic Johnson leaving the Lakers. More Laker drama, which took the focus off of the Clippers.

As one L. A. team is falling apart, the other one is trying to shine.

They did win a couple of playoff games amidst the crazy dysfunction of the Lakers. They also had a great plan for free agents and were going to work it out, even if the Lakers were falling apart.

Doc Rivers has discussed strategies and plans for their team and he has remarked saying that the franchise needs some tough players. Tough players and talent can win games for the Clippers.

They have kept many players from last season and one of them is Montrezl Harrell.

The Clippers and Doc Rivers have also been consulting with Jerry West as a special consultant. He has helped the franchise throughout the season.

The L. A. Clippers seem to finally shine over the Lakers. Making their presence known in Los Angeles. When Blake Griffin left the team, the question of who would step up to help rescue this team came up.

Kawhi Leonard may be the answer to this question. Along with Paul George, the title is within an arm’s reach for this franchise. Kawhi was one of the leading factors in the Raptors winning their first NBA championship. 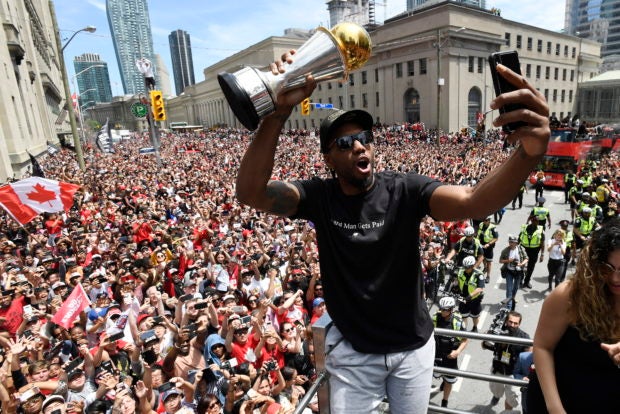 As of last week, Leonard and George are officially apart of the Clippers roster. However, everyone thought Kawhi Leonard would sign on for the full-term maximum contract.

Leonard signed a three-year contract that is worth $103 million. He has a player option for the final 2021-2020 season.

So, if Leonard isn’t happy in L.A., in two years, he’s going elsewhere. Paul George has the player option the same season as Leonard.

They could leave the franchise together. This leaves the team wondering if all of this news is that exciting.

The Clippers stand by Leonard and have said that they want someone who wins games on any team, and that is Leonard.

As it stands today, however, Leonard is the most powerful player in the NBA, and the Clippers have him.

Kawhi Leonard is one of the best players in the game today. The two time NBA finals MVP will begin his ninth season in the NBA with the Clippers.

Right now, the team is looking good in the summer league play.

Let’s fast forward though, what does Leonard do when the season begins? What are the predictions of Leonard and the Clippers? Will this be a winning trade or a total flop?

Only time will tell for the upcoming season. However, there are some predictions that we have made for the Clippers with Leonard.

Many fans and supporters believe that Kawhi Leonard will win a regular-season MVP award. He has never won this award.

Kawhi doesn’t seem to be hurting from the lack of awards he has achieved, but if he were to win this award in regular season play, he would be a legacy in his own right. 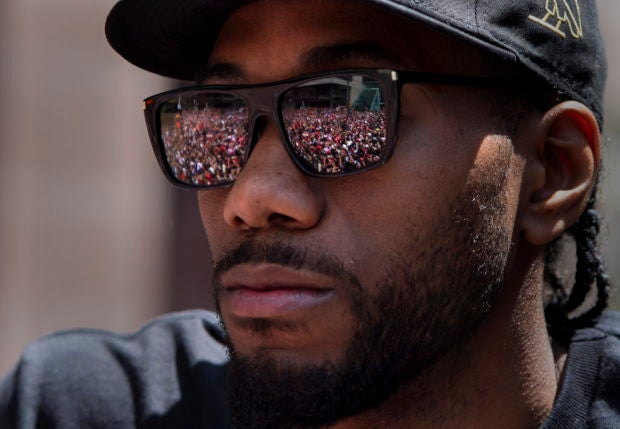 One challenge for the Clippers is to keep Leonard healthy. If he stays healthy, he will excel and become a huge legacy.

He will average around 28 points per game, at least 7 rebounds, and four assists. These are great averages for a player who isn’t a big man.

Another prediction for the L.A. Clippers with Kawhi Leonard is that they will have the best record in the West.

This team has stacked players and most can dominate on either end of the floor. The Clippers will have Leonard and Paul George as their primary choices.

Lou Williams is their sixth man and by far one of the best in NBA history. Along with Patrick Beverley, who is a defense machine Harrell, and Landry Shamet. Another player who has signed back on with L.A. is Jamychal Green.

He is the last remaining free agent for the Clippers. He will be the team’s, eighth man.

If they aren’t first or second seeds, then there is a serious problem.

Leonard’s presence makes the Clippers a huge contender for the title. Which leads to another season prediction.

The Clippers will go to the finals and win a championship. As of now, the Clippers are a much better team than the Lakers.

One thing is for certain if they do win a title, the Getty images of Leonard and the team will be candid and great. The Getty images, (copyright 2019), taken from the Raptors title win were priceless.

There are many playoff predictions for the Clippers too. Many feel that the Nuggets will earn first in the West, while the Clippers will get second.

Denver may be the deepest team in the west, if not the Clippers are.

With Leonard and George at the helm, they can rotate as the lead man and they have a great support system behind them. All of which are firepower guys. Their offense will be elite and their depth as well

One thing we know for sure about the choices the L.A. Clipper franchise has made as of recently is that they have changed the NBA.

It went from predictable, to unpredictable with two free agent trades. This is one thing fans and supporters like to see.

Lakers vs Clippers: Los Angeles Rivals Are and Back Stronger Than Ever 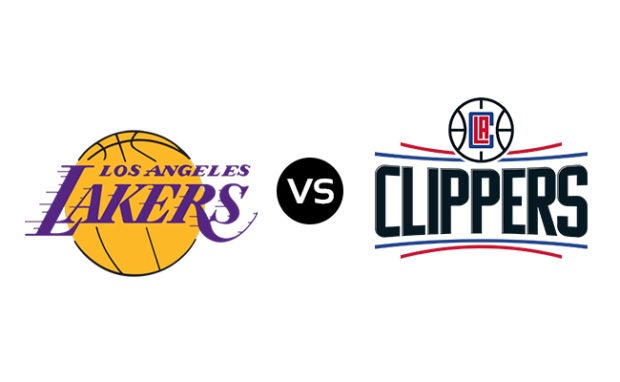 What about the two Los Angeles teams head to head. The Laker franchise has some shakeups and crazy moves in the office as well as the floor. The Lakers have a fan base that is completely different from the Clippers.

The Lakers are glamorous and have been very successful in their history. The Clippers have never even been to a western conference final. When the Clippers are playing, the environment is much different than when the Lakers play.

However, one thing is for certain with the Clippers. They have a much more stable front office, owner, and coach.

Together they have turned the franchise into something very sturdy and attractive. They are also drawing in new fans.

The Clippers have prided themselves on being drama-free, unlike their L.A. neighbor. One thing is for certain with the Clippers, they have chemistry, even with the new additions, that the Lakers still cannot touch.

The Lakers’ chemistry is up in the air. When you think about it if the front office is in shambles, how is the franchise not going to be in disarray also? The team and the attitudes they have are reflected down by the front office.

Also, the Lakers have a very odd roster. They do not have the playmaking in the backcourt or on their wing. Their roster is made up of a team of guys who love to have the ball. 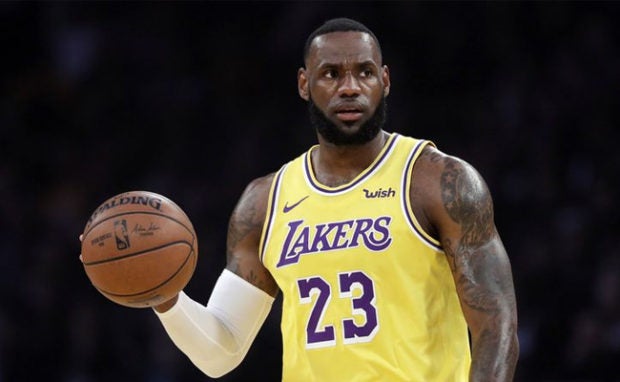 LeBron James will be 35 in December also. This is something that everyone should keep in mind. As an NBA player, this is old for his age. Yes, he is talented, but age will definitely play a role in the next few seasons for him.

Once LeBron is feeling his age, who steps up for him on the Lakers? Can their staff even keep it together for a whole season before another one resigns with last-minute notice? Yes, we all know LeBron is talented, however, he can’t win the entire season alone.
He must have a support team that can help win games. As of right now, the Lakers having a successful season is iffy. As of now, it seems the Clippers have the upper hand for this upcoming season.

The NBA has been shaken up recently. In fact, it seems as if the L.A. Clippers are happy with their new additions.

This team is starting to really shape up and it looks like Leonard and Paul George are going to help this team be a new dynasty.

The staff and team are cohesive and going to do well this upcoming season. Stay tuned to your local sports stations to watch Summer League basketball as well.