What are T visas? Why Filipinos got the most number in 2017 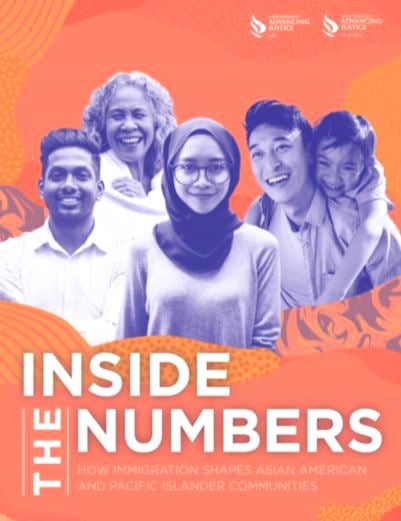 Human trafficking, also known as trafficking in persons, is a form of modern-day slavery in which traffickers use force, fraud, or coercion to compel individuals to provide labor or services, including commercial sex.

The T visa allows certain victims of human trafficking and their immediate family members to remain and work temporarily in the U.S., typically if they agree to assist law enforcement by testifying against the perpetrators.

While relatively few T visas are issued, this visa is important to the Asian American community.

In 2017, the majority of T visa recipients (246 individuals, 52 percent) were from Asian countries. The Philippines alone accounted for 40 percent of the global total of T visas issued in 2017, and India 5 percent.

A large portion of the Filipino nationals who received T visas were victims of labor trafficking. According to a United Nations study, Filipino workers are usually trafficked through illegal recruitment in which they pay high fees for the promise of nonexistent jobs or jobs that pay less than those promised.

According to a Polaris report, Filipino workers on temporary nonimmigrant visas have the second-highest rates of human trafficking after Mexicans.

The Philippines recently was removed from the list of countries eligible for H-2 visas due to high rates of visa overstays and labor trafficking. The Department of Homeland Security reported that the U.S. embassy in the Philippines issues the highest number of derivative visas for spouses and children of people granted trafficking visas.

“The Trafficking Victims Protections Act was passed to encourage trafficking victims and survivors to come out of the shadows and report the crimes committed against them,” said Christopher M. Lapinig, a staff attorney in impact litigation at Asian Americans Advancing Justice—Los Angeles, which provides immigration and litigation services to victims of labor trafficking.

“The reasons that the Trump administration has offered for removing the Philippines from the H-2B program are troubling. It effectively penalizes Filipino workers for reporting their human trafficking experiences and threatens to deter workers of all nationalities from doing the same. The removal of the Philippines from the H-2B program runs counter to the goals of the Trafficking Victims Protection Act.”

This segment on Trafficking is excerpted from the report “Inside the Numbers: How Immigration Shapes Asian American and Pacific Islander Communities” published by the Asian Americans Advancing Justice, an affiliation of five organizations advocating for civil and human rights for Asian Americans. “Over 12 million Asian immigrants and 220,000 Pacific Islander immigrants live in the U.S., yet they are often overlooked in domestic policies and immigration policy,” said Jeffer Giang, research analyst at AAAJ– Los Angeles. “In order for our communities to thrive, we need to reduce barriers to accessing critical services and opportunities. This report will help policy- and decision makers to better understand the needs and contributions of Asian Americans and Pacific Islanders in this country.” – The Filam