The new policy enables Twitter to move against rule-breaking comments on the short-messaging service while enabling messages and announcements that are important for public debate. In these cases, users will see a notice about a tweet which violates the rules and must then tap or click through to see the message.

Twitter said it would deprioritize the labeled tweets in its algorithms and search bar so that they would circulate to fewer people. The policy will go into effect immediately and will not apply to other influencers and leaders. It’s not retroactive. https://t.co/PHPZvfHPys

Twitter also will “take steps to make sure the tweet is not algorithmically elevated on our service, to strike the right balance between enabling free expression, fostering accountability, and reducing the potential harm caused by these tweets,” according to a statement from the Twitter safety team.

“In the past, we’ve allowed certain tweets that violated our rules to remain on Twitter because they were in the public’s interest, but it wasn’t clear when and how we made those determinations,” the company said.

“To fix that, we’re introducing a new notice that will provide additional clarity in these situations, and sharing more on when and why we’ll use it.” 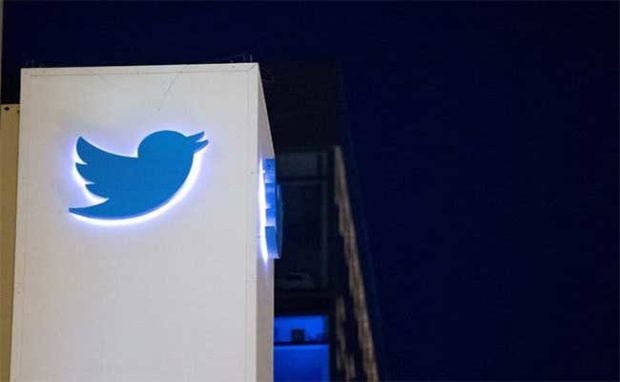 Twitter said it expected these cases to be “rare” and that the new policy would only apply to verified political candidates and government officials with more than 100,000 followers. It will not affect tweets sent prior to the announcement.

Twitter has the ability to remove tweets and block users posting inappropriate or abusive comments, but has also insisted on allowing matters “serving the public conversation.”

To determine if a tweet violates the rules but must remain visible, Twitter will deploy “a cross-functional team” from its safety, legal and public policy departments to determine “if the tweets are a matter of public interest.”

The move comes a day after Trump doubled down on his criticism of Twitter, who has claimed the platform is biased and suppresses conservative voices, despite the president’s following of 61 million users.

Even as Trump attacks online platforms, his critics have claimed that he violates the terms of service of Twitter by attacking and insulting judges, media, sports figures and others with whom he disagrees.

In one instance, he retweeted a video that appeared to encourage violence against a Muslim lawmaker, and on another occasion praised a congressman for body-slamming a reporter.

Social media firms have been facing pressure to curb hate speech and extremist propaganda, blocking accounts of many conspiracy theorists. But Trump and his allies contend that the purge has also silenced conservative voices.

Facebook announced meanwhile it would soon open up nominations for a new 40-member oversight panel to make tough decisions on content moderation, saying it would be independent of governments and management of the social networking giant.

LATEST
Rivian stock – is it safe to invest?
Tesla’s Musk says Congress should not approve Biden’s electric vehicle bill
Bitcoin drops a fifth of value as cryptos see $1 billion worth liquidated
Del Taco to be bought by Jack in the Box in $575 million deal
Kellogg to replace striking workers as employees reject new contract
Instagram to tighten teen protection measures ahead of US Senate hearing