Lack of assertion sets back Fil-Am professionals at work

Lack of assertion sets back Fil-Am professionals at work 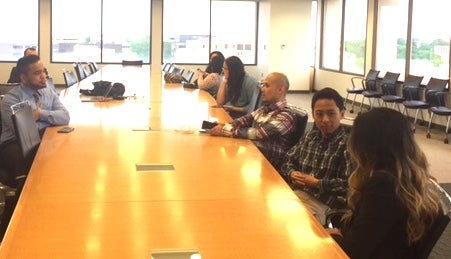 A presentation by Ryan Namata, a human resources professional, addressed this problem at a salary negotiations event sponsored by Filipino Young Professionals in here.

Several young Filipino American professionals showed up in Judiciary Square to discuss the importance of salary negotiations before accepting a first job offer.

Namata, the president of the National Association of Asian American Professionals, revealed what HR departments are usually thinking when negotiating salaries with prospective employees.

According to Namata, HR expects a counter-offer from you: It is why the first offer is verbal.

Job descriptions have salary ranges because HR expects professionals to give counter offers. “You look silly to me when you do not counter,” Namata said.

As an experienced recruiter and human resources professional, Namata has noticed that Asians never negotiate their salary in comparison with their counterparts.

There are three steps in a salary negotiation process. The first is giving a counter offer to the company’s offer.

At first, potential hires should be gracious and thank the company for the offer. After that, flex your muscles and get down to business, Namata said.

Job applicants should conduct research prior to getting their first offer and inform HR on what they researched as a competitive salary.

They should volunteer the salaries they were expecting for their education, experience and qualifications and discuss how they have competing offers from other companies. 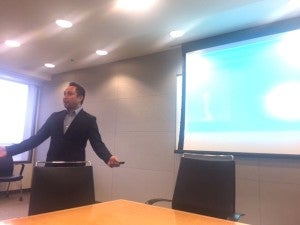 Overall, knowing your worth is the most important prerequisite before approaching this first step.

Asking for more is not being demanding. In fact, it can help you work better.

Namata insisted professionals should ask for more vacation days, stock options (if the company is publicly traded) and a flexible schedule.

“It could help with your quality of life,” Namata said.

Closing the deal involves two parts: Get it in writing and work hard.

Filipino professionals at the event were impressed and thankful for learning negotiation skills that they hope to practice in their next jobs.

Christal Simanski, the president of Filipino Young Professionals said, “It is more important for women to negotiate their salaries because we need to close the gender gap.”

She has a point. According to an article from Glassdoor, women are less likely to negotiate salaries compared with men. White men are the most likely to ask for more money.

Simanski believes the discrepancies in negotiations are because of cultural backgrounds.

“As Asian Americans and Pacific Islanders, we have a sense of gratitude and we do not want to rock the boat,” Simanski said. “Still, we need to break those stereotypes.”

Historically, Asian American cultures value respecting authority and avoiding conflict. While these values are usually admirable, they can be detrimental to the workforce because white men are more likely to be assertive professionally.

The Harvard Business Review also reports that professionals would be more comfortable negotiating their salaries with someone of similar background. Around 50 percent of Asian Americans feel comfortable asking for a raise from someone of the same race.

The study concluded that 62 percent of Asian women were denied a raise because of their race, gender or both.

Still, race and gender should not hinder professionals’ abilities to negotiate their salaries.

“I have seen too many Asians not negotiate with me on their salaries,” Namata said. “I do not know why we do not, but I want to see all of you do it.”