Mother-daughter flight attendants often team up in the skies Christine Angel Calicdan with mother, Jessica, the inspiration for her decision to take to the skies. CONTRIBUTED

BOSTON, Massachusetts — Many flight attendants love flying. Some say they have jet fuel in their veins. Others follow in a parent’s footsteps; the profession runs in the family.

For Christine Angel Calicdan, becoming a flight attendant like her mother is one of the best decisions she ever made. She and Jessica Liwag Calicdan, who has more than 25 years of flying experience, get to work together up in the sky.

“I really look up to my mom, she is one of my greatest inspirations, and a reason, for this new career,” said Angel.

“Starting this new journey was not easy, but with the guidance of my mom, it was smooth sailing. It still feels surreal that I get to see the world with her and that we have the same office now, 25,000 feet above ground!” Christine added.

The 27-year-old from Manila started working as a flight attendant this year. Although Angel is a bachelor’s degree holder who majored in Advertising at the University of Santo Tomas, the lure of adventure and the friendly skies was strong.

Now, she’s a member of the air crew on Cathay Pacific, the stewardess who serves up coffee, offers a flannel blanket, and makes sure every passenger has a pleasant, comfortable ride.

“I was surprised but at the same time ecstatic when my daughter Angel decided to follow in my footsteps,” said Jessica.

“I was excited for her to finally experience the wonderful world of travel, especially meeting people from different parts of the world and learning from their cultures as well as having that self-satisfaction of making a difference and creating a good travel experience for a lot of people,” she added. 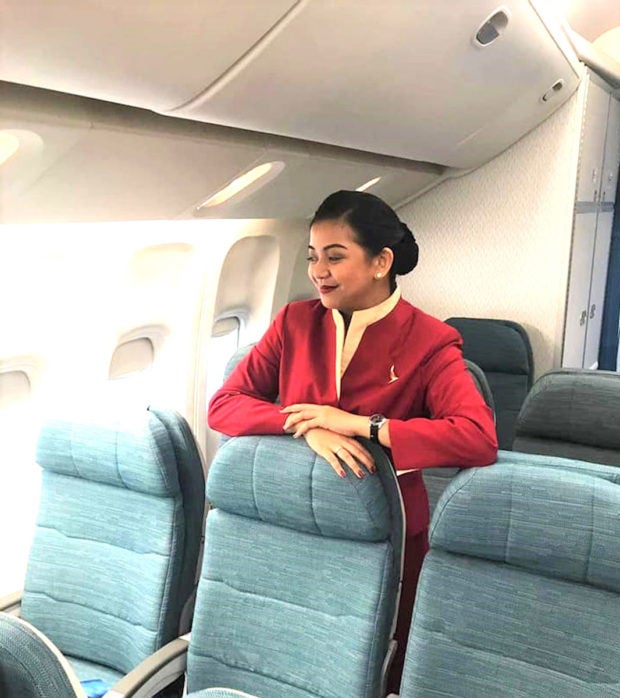 Mother and daughter have been on the same flight a couple of times, to India and Italy. When asked how she felt about working alongside her mother, Angel laughed and said she was lucky when she got to work on the same team.

Angel said the responsibilities can be so spread out that the crew works in smaller teams to ensure everything gets taken care of. But, when she’s on a flight with her mother, she jokes that her fellow attendants are a little nicer to her, knowing her mom is looking out for her as well as the rest of their crew.

The Calicdan family lives in Fairview, Quezon City. Father Angelo George Calicdan is from Bacolod and most recently worked with Walt Disney Imagineering in Hong Kong. Jessica is from Nueva Ecija. Angel has two younger sisters — Alyssa, a civil engineer, and Caitlyn, a Grade 9 student at the School of St. Anthony in Quezon City.

Angel has already been to South Africa, Milan and India. She just flew her first Manila-Hong Kong-Boston route in early December of this year. She relished her role in ensuring passengers’ safety while providing excellent service throughout the 17-hour flight. 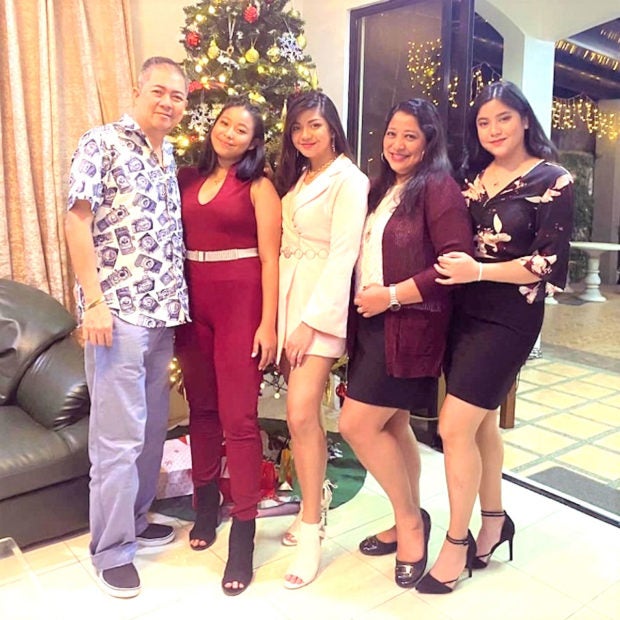 Upon landing, she enjoyed a bit of culture by checking out Boston with her extended family, the Bolandrinas of Douglas, who were delighted to welcome her to Boston. Boston is a fascinating city, and Angel experienced and learned much during her short layover.

From her first time seeing snow and learning more about the historical Boston Tea Party and the Freedom Trail, to viewing landmark Fenway Park and visiting nearby Harvard University with lunch at the Harvard Faculty Club.

Angel hopes to return to Boston again soon, but she knows there are many other stops and cities to look forward to and explore.

“I feel a series of emotions — happy, challenged, beyond blessed, motivated and so many more but most of all, grateful. Grateful for the opportunity to see the world and touch people’s lives and grateful to be able to follow the footsteps of someone I really look up to,” she said. @The FilAm