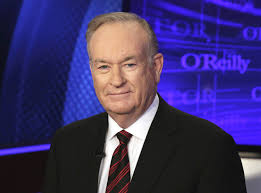 Four of the women had complained about being sexually harassed by O’Reilly while working with him on his show, “The O’Reilly Factor” at Fox News.  The individual payouts were in exchange for the women to drop their complaints and not sue O’Reilly or his employer in court. In their report, The New York Times detailed the women’s allegations:

In 2002, O’Reilly stormed into the newsroom and screamed inappropriate words at a producer, Rachel Witlieb Bernstein. Bernstein, left the network with an undisclosed amount of payout and a confidentiality agreement. The case involved inappropriate behavior but not sexual harassment.

In 2011, Rebecca Gomez Diamond, a network host, underwent an experience similar to Mackris.’ She, too, had recorded inappropriate comments from O’Reilly, which she brought to the company. Diamond’s contract with the network was not renewed. O’Reilly paid her an undisclosed settlement amount and she signed a confidentiality agreement.

In 2016, Laurie Dhue, a Fox News anchor from 2000 to 2008, complained to the company about the harassment by O’Reilly and Roger Ailes that she suffered during her tenure. In response, the company reportedly reached a settlement with her for over $1 million.

Also in 2016, Juliet Huddy, a regular guest at O’Reilly’s show, accused O’Reilly of making inappropriate phone calls to her, that he tried to kiss her, and that he pursued a sexual relationship with her. She alleged that when she rebuffed O’Reilly’s advances, he retaliated by denying her career opportunities.  O’Reilly’s employer reached a settlement of $1.6 million with Huddy.

Currently, Andrea Tantaros, the former on-air personality who sued the network and Ailes, claimed that O’Reilly had asked “her to come to stay with him on Long Island where it would be ‘very private,’” and told her “on more than one occasion that he could ‘see [her] as a wild girl.’”

Wendy Walsh, a former guest on O’Reilly’s show, stated that O’Reilly invited her to dinner at the Hotel Bel Air in Los Angeles, and they talked of her working as a paid contributor at the network. When she refused his invitation to his hotel suite, O’Reilly allegedly “became hostile” to her. She was later told that she would no longer appear on O’Reilly’s show. She never became a paid contributor at Fox News.

In each complaint against him, O’Reilly denied wrongdoing.  But on April 19, 2017, Fox News fired O’Reilly. O’Reilly was an asset to the company, with his show reportedly bringing in over $446 million in advertising revenues in the past two years.  However, after The New York Times story broke about the sexual harassment claims, many big advertisers pulled their ads from Fox.

Courts have recognized two types of sexual harassment. One is called quid pro quo harassment, which exists when submission to a sexual conduct is made a condition of employment benefits, such as a promotion, a pay increase, or a job itself. The second type involves harassment created by a “hostile environment.” This claim may arise where unwelcome sexual conduct unreasonably interferes with an employee’s job performance or creates an intimidating, hostile or offensive working environment, even if it does not lead to tangible or economic job consequences.

Sexual misconduct in the workplace is wrong and should be stopped. However, some victims do not complain for fear of retaliation or embarrassment. Employees are better served by consulting with an experienced employment attorney. Various options can be explored ranging from confidential resolution procedures to full-blown litigation in order to protect the victims’ rights.