Drug Bust: One of the Largest Cocaine Drug Busts in US History

US authorities said Tuesday they had seized around 16 tonnes of cocaine with an estimated street value of over $1 billion in a historic drug bust aboard a ship at the port of Philadelphia. “This is one of the largest drug seizures in United States history,” tweeted William McSwain, the US attorney for the Eastern District of Philadelphia.

This is the 5th largest drug bust ever recorded!

“Members of the ship’s crew have been arrested and federally charged” following the drug bust at Philadelphia’s Packer Marine Terminal, McSwain’s office said on Twitter.

The drugs were found in seven containers aboard the MSC Gayane cargo ship, which was leaving for Europe after having previously called in Chile, Panama and the Bahamas, according to local media.

Images broadcast on local television showed vehicles from the US Customs and Border Protection on the wharves of the port, and four agents boarding the large container ship.

The prosecutor’s office did not immediately confirm this information. 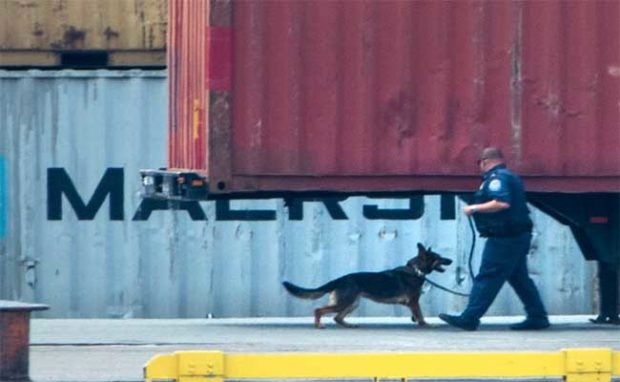 The bust comes after US authorities seized nearly 1.5 tonnes of cocaine in March — the biggest haul in nearly 25 years at the port of New York/Newark.

In a 2018 report, the US Drug Enforcement Administration said that cocaine use in the US had continued to increase in 2016 and 2017, and that 93 percent of the drug distributed in the country comes from Colombia, while four percent is from Peru.

The United States, the world’s largest consumer of illegal drugs, is also currently experiencing a deadly epidemic of opioid use. Deaths from drug overdoses in the United States hit an average of 197 a day in 2017, according to the US Centers for Disease Control and Prevention.