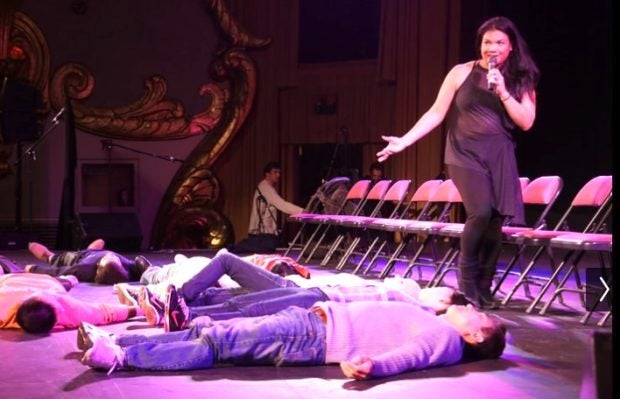 Maritess Zurbano and her hypnotized volunteers from the audience. CONTRIBUTED

SEATTLE — Poetry and performances will be part of this year’s Pagdiriwang Philippine Festival at the Seattle Center on June 1 to 2.

There will even be a blood donation drive and health fair.

the annual celebration aims to be an “ideal setting for presenting art, craft, song, dance, music, history, literature, and culture to promote better understanding of the Filipino cultural heritage.”

Filipino American poets will hold a literary reading of their works at the “Ang Aming Mga Salita” program on the first day of the festival.

Meanwhile, the “Teatro Pilipino” segment includes two one-person shows, a musical, a magician-master hypnotist, and a staged reading of a film script.

Composer and musician Rheanna Atendido and actor Mara Elissa Palma will perform a work-in-progress version of the musical they are developing. 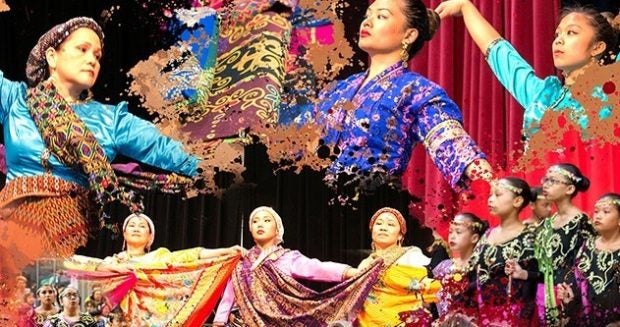 Titled “Tides of Fortune,” the musical is about Reyna, a Filipina drag king (women who dress up as men) performer on a cruise ship on her way to starting a new life in the United States. When her dream is threatened, she has to make a choice between doing what’s right or doing whatever it takes.

Reyna’s best friend and chef, Miguel, will try to cook something up to help her. To complicate things, Nova, a half-Filipina, half-American security officer on-board stands in Reyna’s way but sparks fly when they realize they have more in common than they thought.

Performances are scheduled for both days.

Magician and master hypnotist Maritess Zurbano will perform on both days as well with “Mentalism: The Supreme Magic of the Mind.”

Matt Dela Cruz will perform his autobiographical one-person shows “Tita Ester” on the first day and “Mr. DC” on the second day. “Mr. DC” chronicles Dela Cruz’s journey from hopeful young artist struggling in New York to his current endeavors as an educator in Seattle.

On the second day, there will be a staged reading of “Kultura,” a script for a film by Sean Dagiwa about an artist and his transgender cousin who both attend a wedding and rediscover the traumas that have shaped and bonded them.

Line-up and schedules subject to change. Contact organizers to confirm.