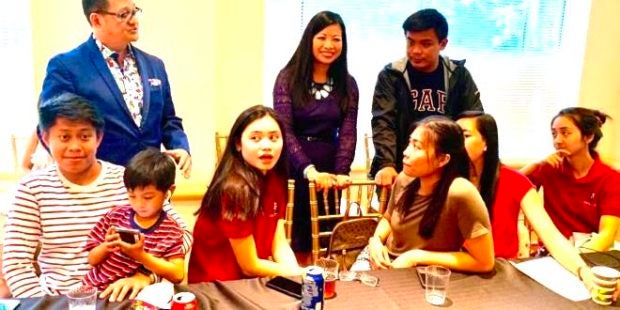 WASHINGTON, D.C. — All Jasper Cay wants is for the abuse and discrimination to stop. “Sa amin, tama na yung kami na lang (For us, all we want is to be the last),” he declared after denouncing the alleged misuse of the J-1 visa.

It’s meant for “cultural exchange,” but American firms – pressed for workers by a booming economy and the effects of tighter controls at the border – have resorted to filling their job vacancies with young but skilled foreigners like Jasper.

The J-1 is the lynchpin of the American exchange visa program (EVP) – which draws in about 300,000 visitors from 200 countries every year, according to the State Department’s bureau of consular affairs. It draws every profession, from expert physicians to students who’ve found U.S. sponsors for internship – like Cay and about a half dozen other Filipinos, all in their early 20s and fresh from college, who now want to sue their sponsors.

Vallen Rivera estimated there are about 50 other Filipinos in the eastern shore resort hotel that served as her “sponsor.” “Yung iba first time dito so hindi alam rights nila kaya hindi nagko-complain (some first timers here, don’t know their rights so they don’t complain),” she revealed to Manila Mail DC, suggesting their cases could just be the tip of the proverbial iceberg.

Fellow complainants Christine Balboa and Rica (who requested not to reveal her surname) said they were treated by the Maryland hotel (we’re withholding the identity of the businesses pending the filing of formal complaints) as regular employees, not apprentices as their visas required.

“Sa payat ko nito, pinagbuhat ako ng 20 plato na puno ng pagkain” (I was made to carry 20 heavy plates even though I’m so thin),” she recounted, adding that their American overseers would verbally abuse them if they dropped a plate, or for sometimes even petty infractions.

Although they were reportedly promised $1,300, they received only $800 and worked as much as 16 hours a day.

Cay used to work at a North Dakota branch of a well-known U.S. restaurant chain. He said he left and traveled to DC to join his former classmates who’re now on the frontline of the complaint against abusive J-1 “sponsors.”

July, another complainant, revealed she was ordered to work as a lifeguard in the hotel’s pool although she was never trained or certified for it, even back in the Philippines. “Ginagawa ng hotel kumukuha sila ng intern tapos sa intern lang sila umaasa para sa mabibigat na trabaho (What the hotel does is get interns and rely on them for all the heavy work),” she told a panel of visiting Philippine labor officials led by Sec. Silvestre Bello III at a recent forum at the Philippine Embassy.

One of those officials was Philippine Overseas Employment Administration (POEA) chief Bernard Olalia. The agency certifies foreign firms before they’re allowed to recruit Filipinos for jobs around the world. He stressed the issue was personal for him – his own son apparently suffered the same fate but since he wasn’t in government at that time, Olalia said they didn’t even realize it was potentially criminal.

“Pagkaalam ko nun ligal ang proseso. Ngayon nandito na tayo sa Dept. of Labor ko lang napagtanto kung paano inaabuso ang program” (As far as I knew the process was legal. But now that I’m with the Dept. of Labor, I realized how the program is being abused),” he told a group of Fil-Am community leaders.

Searchlight New Mexico, a nonprofit investigative news organization, revealed in October 2018 the recruitment of Filipino teachers on J-1 visas. “More than 200 foreign teachers are taking a similar financial gamble to work in New Mexico public schools, where the teacher shortage has given rise to a desperate demand for math, science, special education and bilingual instructors,” the report alleged.

“From what I have heard, some firms do right by the teachers, and some firms are totally exploiting these people,” said Ellen Bernstein, president of the Albuquerque Teachers Federation. “I am worried about their living conditions and working conditions. Whether they have resources, transportation, mentorship, how much they are paying out of their paycheck.”

“Let’s call it by its old name: indentured servitude,” says Ewa Krakowska, a union organizer for the National Educators Association in New Mexico. “It forces unrestricted compliance on the part of employees, because they want to stay here.”

“Several teachers who spoke with Searchlight — on condition of anonymity out of concern for their jobs — say they felt misled by recruiters and didn’t understand the extent of the debt they were getting themselves into until they were here a year or more.”

Some of the Filipinos have been interviewed by the State Department. “The Philippine and US governments have been discussing the program,” revealed Labor Attache Angela Trinidad. “We are discussing a lot of issues, we are further discussing how to enhance the EVP,” she added.

The Embassy’s economic section chief Jose Victor Chan-Gonzaga explained that while there’s been an EVP ad-hoc committee monitoring the program for decades, it was only last year that various agencies from both the Philippines and US started investigating alleged abuses of the program.

Olalia pointed out that the EVP is not intended for US employment or immigration. “Wala po may hawak na ahensiya sa programa na nagre-regulate although meron itinatag na administrative order noon na ang chairman ay yung DFA, hindi ganun ka-strikto ang regulasyon (There is no agency directly regulating it; although there was an administrative order that’s chaired by DFA, they were not really strictly regulating it).”

He conceded that Filipinos who find work using the American J-1 visa are highly vulnerable. The “normal” labor migration process, Olalia explained, includes verification of the host employer through the country’s labor attaches and POEA assistance to ensure the departing workers have the valid employment contracts, including provisions that safeguard the OFW’s safety and welfare in the host country.

“Wala po nito sa EVP (This is not so with the EVP),” he stressed.

He told the Manila Mail DC that a US Dept. of Labor panel in San Francisco had ruled recently in a Filipino J-1 teacher’s favor, finding that he was a victim of “fraud in foreign labor contracting.”

He added their immediate focus would be to go after the “recruiter” who allegedly collected as much as $6,000 from each to get the EVP benefit. 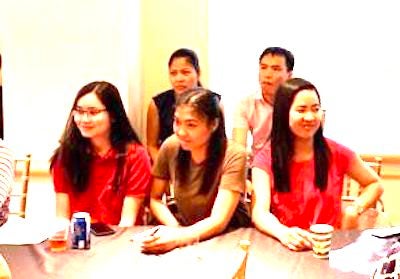 At a meeting with visiting Philippine labor officials recently, Filipino workers at a Maryland resort hotel in the Eastern Shore, complain of discrimination and abuse by their sponsor. MANILA MAIL

One complainant said these entities were allowed to freely move around school campuses, including large well-known universities in Manila, which lent the impression that they were “legit and above board.”

She was allegedly instructed that if authorities asked, she was to say the thousands of dollars she doled out were “program fees” – not “placement fees,” which would be illegal and reveal their real status as recruitment agencies. She has reportedly been threatened to stop pursuing her complaint against the company.

Valera also exhorted the visiting Philippine labor officials to look closer into these companies that portray themselves as facilitators for students wishing to study and gain work experience abroad especially in the US, but surreptitiously act as labor recruiters.

Meanwhile, he said they will work for the complainants to get U visas – acknowledgment of their new status as crime victims and vital witnesses in the prosecution of their tormentors.