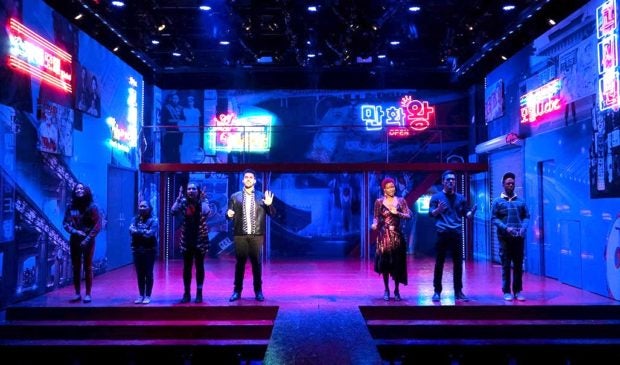 NEW YORK — Filipino American costume and set designer Clint Ramos has won the 2019 Obie Award for Set Design for his work on The Public Theater’s production of “Wild Goose Dreams.”

Presented by the American Theater Wing and the Village Voice, the 64th Annual Obie Awards were given out at Terminal 5, a music venue in Hell’s Kitchen. The award recognizes excellence in Off-Broadway and Off-Off-Broadway theater work.

In his acceptance speech, Ramos thanked director Leigh Silverman and playwright Hansol Jung. “And to The Public for putting this work up,” he added.

“The Public has been a home to me … for supporting me all of these years. I’ve never been so respected in the theater like at The Public … so thank you for that.” 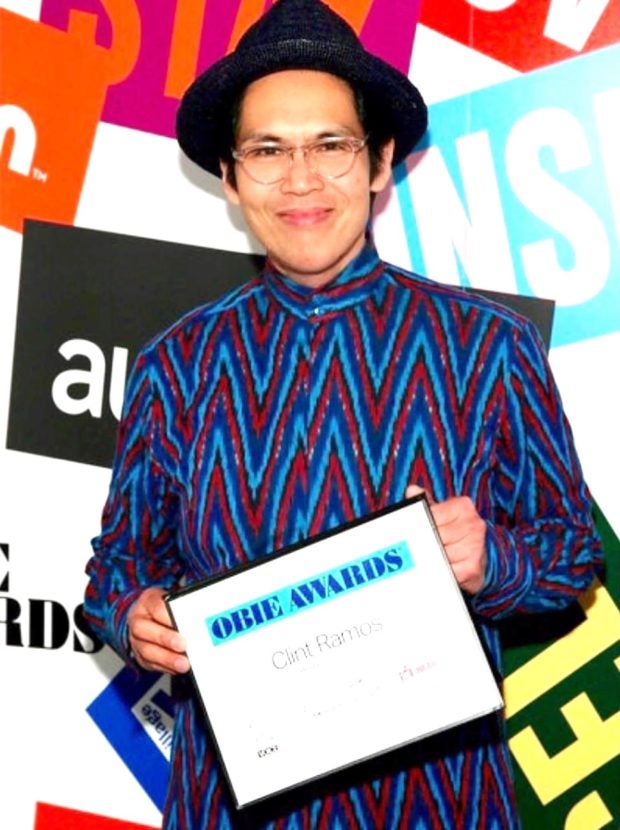 Ramos’s most recent collaboration with The Public was designing the set of its production of “White Noise,” starring Daveed Diggs (“Hamilton”), which closed earlier this month.

He concluded by thanking his husband Jason Moff. “He’s the handsome guy in the back,” Ramos said as he pointed to Moff in the audience. “Thank you for being the light at the end of this very dark tunnel.”

Fil-Am Alan Asuncion was part of the contingent from “STOMP”—he’s been with the show for more than a decade—that performed at the ceremony to celebrate the show’s silver anniversary in New York.

The play is about Minsung, a “goose father,” a South Korean man whose wife and daughter have moved to America for a better life while he works in Seoul to support them. He connects with Nanhee, a young defector forced to leave her family behind in North Korea.

Ramos previously received an Obie Award for Sustained Excellence of Costume Design in 2013.

The Obie’s Wetzsteon Award has been previously given to two theater companies cofounded by Fil-Am theatermakers. The award is given for exceptional enterprise in approach to classics or in nurturing innovative new work.

Ma-Yi Theater’s 2003 production of “The Romance of Magno Rubio” received Special Citations for director Loy Arcenas and the entire cast. Arcenas received an Obie for Sustained Excellence of Set Design in 1993.