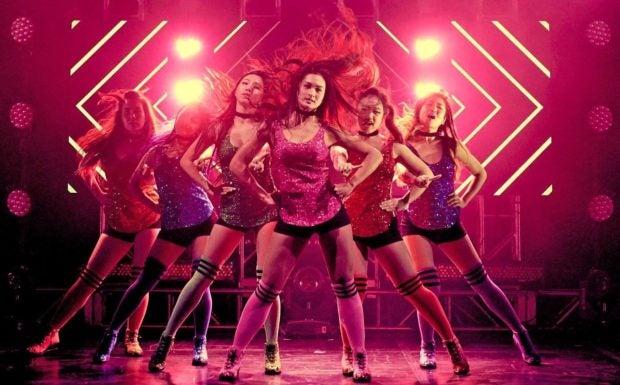 The musical “KPOP,” coproduced by Ma-Yi, has won a slew of awards. MA-YI THEATER.

The group was recognized at a ceremony held at Terminal 5, a music venue in Hell’s Kitchen, along with this year’s other winners for excellence in Off-Broadway and Off-Off-Broadway theater work.

The Wetzsteon Award is given to a theater company that demonstrates exceptional enterprise in its approach to classics or nurtures innovative new work. The award comes with a grant, with this year’s amount at $3,000. The award is named after the Village Voice’s former theater editor who helped create the Obies.

Costume designer William Ivey Long presented the award, noting that the Obie judges chose Ma-Yi because of its “mission to open up the theater to new forms and new voices. It has produced plays and musicals in every shape and form, many emerging from its Writers Lab, which claims to be ‘the largest resident company of Asian American playwrights ever assembled’” and that the Obies “salute this company’s daring and spirit of enterprise.” 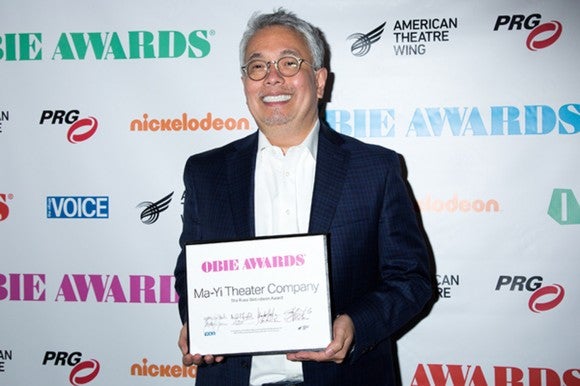 He later wrote in a Facebook post, “Thank you for all the well wishes … the honor belongs to all the artists, friends, and loved ones who subsidized our work over the years by working for little or no money, donating their hard-earned cash, and giving up precious time with family to help us make theater. And to our funding partners who continue to believe in our mission.”

This is not the first recognition for Ma-Yi from the Obies.

The play, based on a short story by Carlos Bulosan, went on to be staged across the US and in Manila.

Ma-Yi’s Obie win comes at the heels of the sold-out 2017 run of the musical “KPOP,” which it coproduced.

Produced by Ars Nova in association with Ma-Yi and Woodshed Collective, the musical has won a slew of awards: the Lucille Lortel Awards for Best Musical, Outstanding Lead Actress and Outstanding Featured Actor; the Off Broadway Alliance Award for Best Unique Theatrical Experience; and the American Academy of Arts and Letters’ Richard Rodgers Award for Musical Theater. 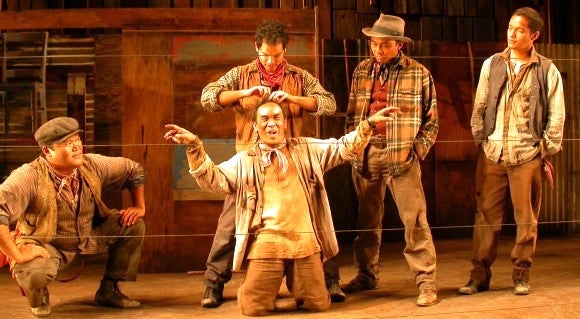 “The Romance of Magno Rubio” earned Special Citations from the Obie Awards for Ma-Yi in 2003. MA-YI THEATER.

Audiences are divided into groups and given a “backstage tour” of the K-pop singers’ “training studios” in different rooms (across two floors in the show’s 2017 venue). Each audience group follows the story of either a K-pop girl group or boy band (i.e., several storylines are performed simultaneously for different sets of audiences). The audience members are reunited when the storylines of the characters converge in a final concert.

Ma-Yi had been involved with the development of “KPOP” as early as 2012—in its earliest stages of inception. Fil-Am actress Julia Abueva was part of the cast.

Ching Valdes-Aran, who won an Obie for Performance in 1996 for her work in Ma-Yi’s “Flipzoids,” was part of the judges panel this year.

Previous Fil-Am Obie winners in the Performance category include Ernest Abuba in 1983 for his work in Pan Asian Repertory Theatre’s “Yellow Fever” and Katigbak in 2016 for National Asian American Theatre Company’s (NAATCO) “Awake and Sing!”

Katigbak is artistic director and cofounder of NAATCO, which won the Ross Wetzsteon Award in 2015.

Obies for Sustained Excellence have been awarded to Loy Arcenas for Set Design in 1993 and Clint Ramos for Costume Design in 2013.

Ma-Yi’s next production is “Teenage Dick” (June to July), a reimagining of Shakespeare’s “Richard III” set in a high school. Filipino Americans involved in the production include actress Tiffany Villarin and sound designer Fabian Obispo.

Later in the year, Ralph Peña will direct “The Chinese Lady” at the Sydelle and Lee Blatt Performing Arts Centerin Pittsfield, Massachusetts for Ma-yi’s coproduction with Barrington Stage Company. Scheduled to run July to August, the play is about Afong Moy, the “Chinese Lady” brought to the US in 1834 and put on display to the public for 45 years.