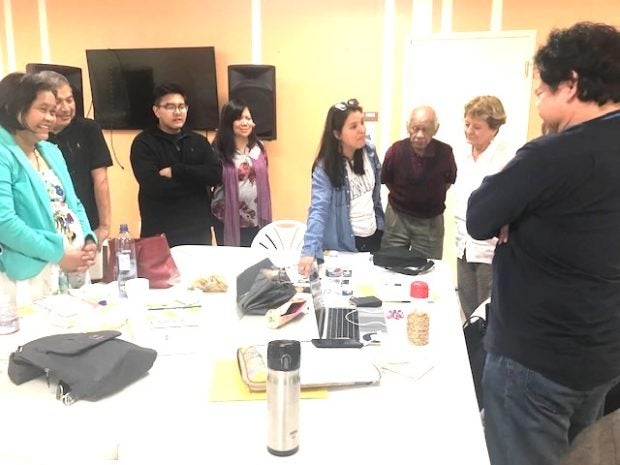 LOS ANGELES — Palanca Award winner Wilfredo O. Pascual of San Francisco recently led community leaders in a workshop on “The Life of the Filipino Abroad and Writing the Personal Essay” at the Pilipino Workers Center (PWC) in Los Angeles.

In the workshop hosted by the Filipino American Press Club of Los Angeles (Est 1978) Pascual encouraged the participants to write from their personal experiences a statement about how they saw the world. “We all came from the same country, which is the past. How do you see the past from your own point of view, your view of the truth?”

The writers from a diverse generational backgrounds and occupations submitted essays touching on a variety of subjects: memory of a parent; tradition; the postwar period; surviving the martial law era; old historic towns that once bustled with taxi dance halls, pool halls and barber shops; an old piano “buried but not forgotten”; nurse-moms and overseas workers, homesickness; millennial values; the ubiquitous search for identify. 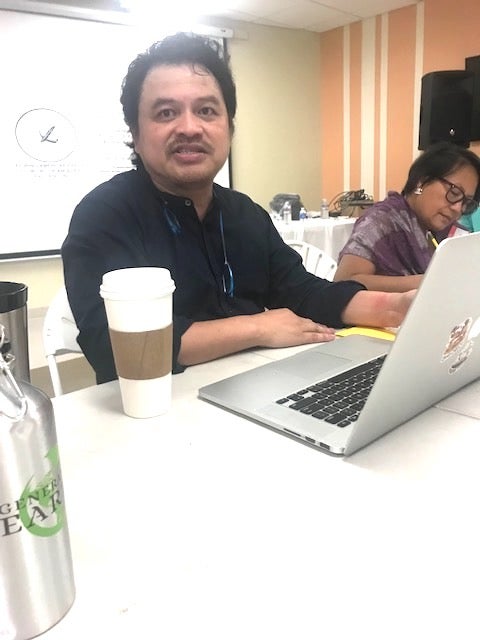 As Pascual noted, the participants ranged from the “Silent Generation” (born between 1925 and 1945 to Baby boomers (born between 1946 and 1964) and millennials (born between 1980 and the end of 1994 or start of 1995).  He advised them that in writing the personal essay, “use the self to filter the world through your own eyes–how do you see the past; your misgivings, frustrations, your insights to that past?”

Executive Director Aqui Versoza welcomed the group to the Larry Itliong Center and paid tribute to the late Filipino American labor leader who paved the way for better working conditions for workers in California.

Pascual thanked the Fil-am Press Club (Est 1978) for bringing the workshop to the venue as Larry Itliong was his hero. In fact, Pascual dedicating a personal essay to him (“How to Honor Larry”) that won a Plaridel Award from the Philippine American Journalists Association based in San Francisco.

Besides his award-winning essay entitled ”Devotion,” which depicted a fan’s extreme fondness and affection for his movie idol, he has to his credit two publications. One is ”Guns” Father Poems edited by Alfred Yuson and Gemino Abad. This was published and distributed by Anvil Publishing, Manila, Philippines in 2004. The other is ”Return to the Great Books:”, SPAFA Journal, published by the Southeast Asian Regional Center for Archaeology and Fine Arts, Bangkok, Thailand in 2003. 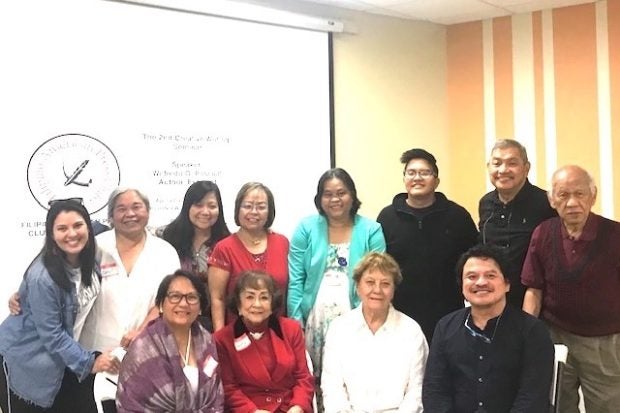 One of the exercises involved selecting various images and pictures laid out on the floor. Each person had to choose a certain picture that piqued her interest. Two teams were formed to pool their pictures together and create an engaging, almost freestyle story.

This exercise created a cooperative environment among the participants and together they crafted two story lines.  As one participant observed: “This is much like the human mind working with itself and with the external influences to come up with a story, an essay on life.”

Giselle Tongi Walters, Filipino American actress and writer, said the workshop inspired her to continue to write her memoir.  She read parts of her essay submission “The Filipina Abroad at Cathedral de Notre Dame de Paris: Ang Ina nga ng Bayan?” This brought the writer and the other participants to tears as Walters recalled the sadness of being separated from her mother, an overseas worker.

Since its founding by immigrant journalists in 1978, the FAPCLA (est. 1978) has pioneered continuing education seminars, writing workshops, and scholarships for journalism students, Essay Writing Contests, with the aim of celebrating Filipino writers’ excellence and imparting their skills and knowledge to aspirants in the field.

The club first published an Anthology of Philippine American writings in America in 2005, which included essays of its members.   A sequel to the first edition is being planned. The workshop group included Dr. Ludy A. Ongkeko, Muni Zano, Dante Ochoa, Carol O. Kimbrough and Cecile Ochoa, FAPCLA President.