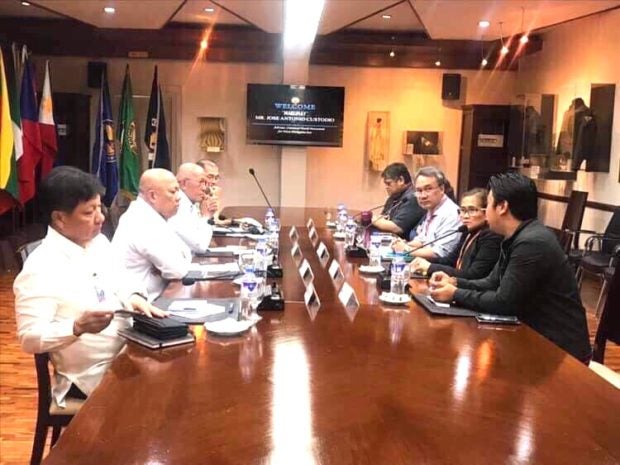 The National Youth Movement for West Philippine Sea is a global non-violent movement composed of volunteer-members across the globe whose social media presence has been actively campaigning for the preservation of the Philippine territory after the UN tribunal on July 12, 2016 rejected Beijing’s historic claims to most of the South China Sea.

The group has expanded its advocacy to include social responsibility — lending support to the fishermen in the areas whose livelihood and ways of life have been severely affected by the “blatant territorial bullying of the Chinese aggressors,” the group’s press release stated.

In September 2017, the group also had an audience with Lorenzana where the latter proudly shared the development plan for Pag-asa, the second largest naturally occurring island in the Spratlys archipelago. It is also claimed by China but is under Philippine control and is home to some 340 people. 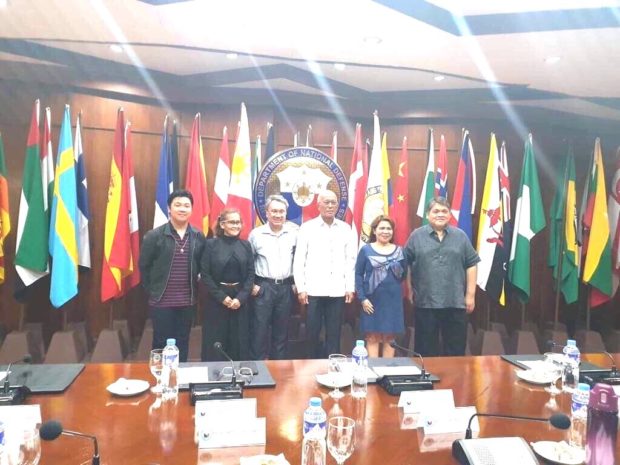 The April 29 meeting paved the way for the group to share its projects and plans with Lorenzana.  Highlighted in the report were the February 2019 gift-giving initiatives of NYMWPS with the marines stationed in the BRP Sierra Madre at Ayungin Shoal and the residents of Pag-asa Island, Kalayaan Island Group ( KIG). The events were held at the Western Command and the Kalayaan Municipality Extension grounds in Puerto Princesa city, respectively.

To sustain its initiatives in uplifting the morale and well-being of the 200 residents of Pag-asa and the military stationed in Kalayaan Islands, the group presented upcoming plans for projects in cooperation with the Department of National Defense, Western Command in Puerto Princesa City, the Kalayaan local government unit headed by Mayor Roberto del Mundo, Pag-asa Health Center staff and NYMWPS Pag-asa Island Coordinator.

Lorenzana emailed Saipan-based Dr. Lamkin to convey his appreciation for the meeting with the delegation and Custodio’s progress report. He expressed the willingness to collaborate with the group in the planned projects.