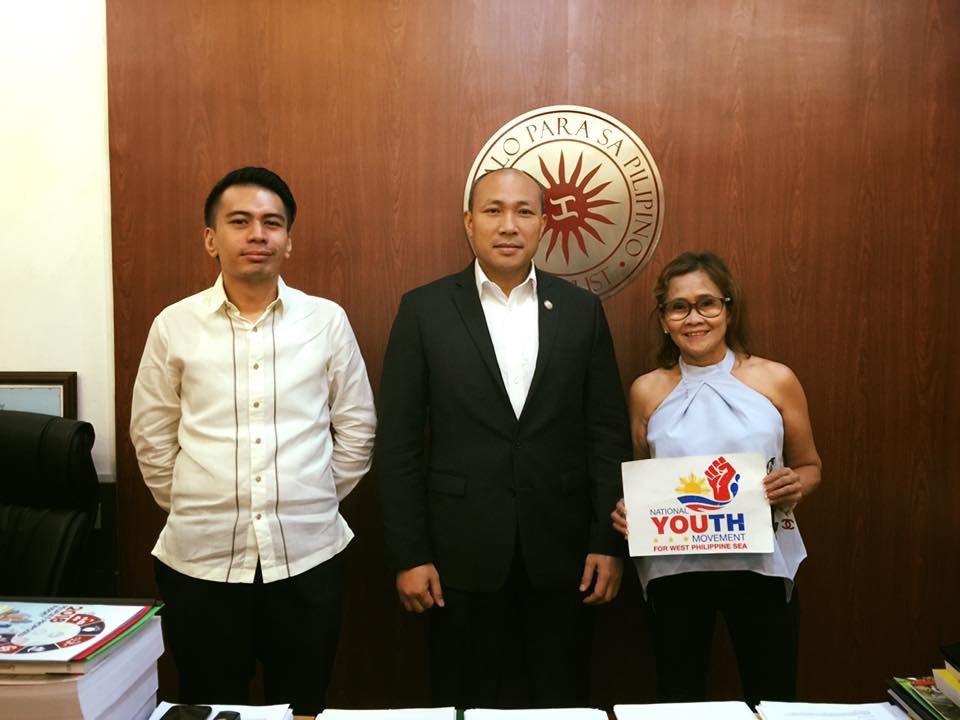 In that meeting, members of the group has expressed concern over reports of the presence of Chinese vessels within Sandy Cay, an area in WPS which is within 12 nautical miles of Philippine territory.

NYMWPS, advocates the preservation of the country’s territorial sovereignty in the contested West Philippine Sea and expresses frustration that the Philippines is continuously losing marine territory.

China’s occupation of parts of the West Philippine Sea started 22 years ago when it illegally grabbed the Panganiban (or Mischief) Reef, an atoll surrounding a large lagoon in the Spratly Islands.  It is located 250 kilometers west of Palawan.

China has done various reclamation activities in at least two locations on the rim of the atoll from 1995. In 2013, China reclaimed the area and created a large artificial island measuring 1,379 acres around most of the lagoon’s perimeter. The Philippines won its claim over the disputed territory through a 2016 tribunal ruling by the Permanent Court of Arbitration in The Hague.

President Rodrigo Duterte previously said the Philippines could not do anything with China’s construction activities in the area. The group told Alejano that this was a “deeply disturbing message,” that the current administration was not keen on upholding the nation’s interest.

In the meeting, Congressman Alejano stressed the need to clarify the Philippines’ foreign policy. He also reiterated the need for a non-confrontational WPS strategy that would serve as the framework for stakeholders–primarily, those in the national security sector–which includes the Armed Forces of the Philippines, the Philippine National Police, the Philippine Marine Corps, the Coast Guard, as well as the local government units, the lawmakers, foreign affairs officials, people in the fishing industry, academe and non-government organizations.

Alejano has recently filed a bill defining and securing the Philippine maritime domain and the archipelago’s sea lanes.

The group was also worried about the degradation of the natural habitat in the contested area. Alejano suggested that NYMWPS coordinate with the Magdalo Partylist on joint activities such as mangrove planting and awareness campaigns, capitalizing on the party’s network of chapters and members in the affected areas.

With the United States taking responsibility and paying nearly $2 million compensation to the Philippines for the damage a US warship caused to Tubbataha Reef, the group contended that China do the same for the environmental damage its construction has caused in several parts of the West Philippine Sea.  Alejano assured the group that he would look into this and consider filing a bill to advance this claim.