Can employers withhold wages of employees? 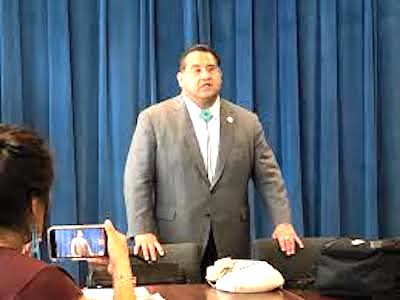 Donovan Sebastian worked in sales for Sprint/United Management Co. Sprint provided him and other employees with vehicles for them to travel between stores.

Sebastian, on behalf of himself and other employees, sued Sprint for withholding wages purportedly because the employees drove the company vehicles for personal use. The employees also claimed that they were improperly classified as exempt from overtime. In addition, the employees claimed Sprint did not provide meal or rest breaks, pay wages due upon termination, or provide accurate itemized wage statements.

There are several noteworthy issues in the employees’ claims, many previously discussed in this column. Let’s revisit one issue – the question of deductions or withholdings. Can the employer simply withhold from the employees’ wages for whatever reason it deems fit?

However, there are several express limitations on permissible deductions. The following may provide some helpful guidelines:

1) No right of offset for employee’s debts to employer – An employer is prohibited from deducting payment of a debt that an employee owed to the employer. The employer has the same recourse as all other creditors – which is to get an order from the court to have the debt paid.

3) No deduction for business losses caused by employee negligence – Unless the employee was dishonest or willfully or grossly negligent, an employer may not deduct for ordinary losses caused by an employee. Losses due to an employee’s simple negligence, such as cash shortages and breakage or loss of equipment, “are inevitable in almost any business operation” and must be borne “as expenses of management.”

In the case of the employees against Sprint, the parties agreed to settle the case, with Sprint agreeing to pay $3.25 million to the aggrieved employees.