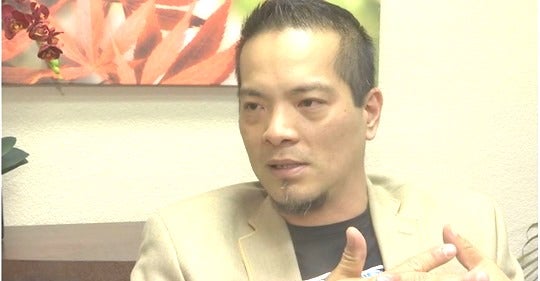 VACAVILLE, California – A Filipino homeowner said his family received a letter in their mailbox this week demanding they find a new place to live, accusing them of being renters and because of his interracial marriage.

Homeowner Marc Yu told KRON4 News that he, his wife and five children have lived in the neighborhood since November. Yu is Filipino Chinese and his wife is Mexican.

The letter read, in part, “The community is making this request that you find another place to live. Renters like yourself cannot possibly afford a home in our area.” Yu said he owns his home.

“We family [sic] suggest that you rent somewhere else. We may sound harsh, but your interracial family is not welcome here, we will contact your landlord and tell them to evict you if you don’t vacate in the next 60 days,” the letter said. The anonymous author ends the letter by saying, “the clock is ticking.”

“My wife cried,” he told KRON4. “She was really devastated by it. She almost literally said ‘we need to sell our house.’ And I said ‘why.’” He says his family won’t be leaving. Yu said this is the second letter he’s received from an anonymous person.

The Vacaville Police Department is investigating the letter.