PH Semana Santa -- it's a puzzlement 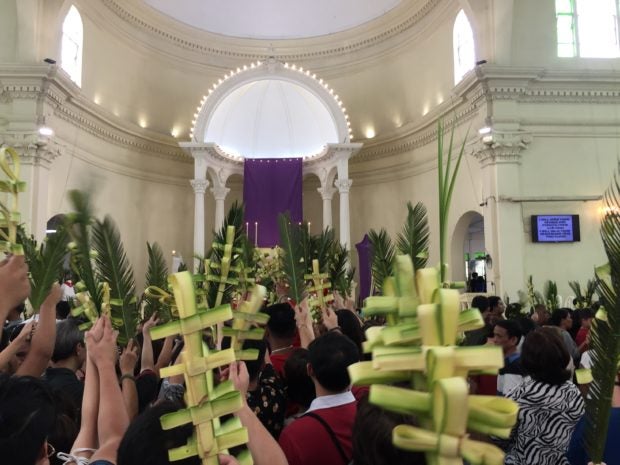 Spending Holy Week in the Philippines is a treat. From the artistically woven palm fronds, which street vendors provide on Palm Sunday for churchgoers to celebrate Christ’s triumphal entry into Jerusalem to the faithful multitudes who trek in procession from church to church in observance of Holy Thursday’s nocturnal Visita Iglesia; from the fiery Siete Palabras preachers to the radical flagellantes who are nailed to crosses on Biyernes Santo; from the pre-dawn Salubong or Sugat which culminates in the dramatic lifting of the veil of sorrow from the Mater Dolorosa icon to the colorful outburst of festivities lasting all day on Easter Sunday — the solemnity and fervor which permeate every corner of the Philippine archipelago in the final week of Lent is hard to match.

And yet, while millions who inhabit the historic cradle of Asia’s Christianity are immersed in serious reflection and communal prayer, its most prominent personality, the president of the Philippines, continues his almost daily public assault on Christian dogma and practice. “God is stupid,” he asserts. What kind of God allows himself to be humiliated and crucified? he asks. Duterte goes on to question and ridicule core Christian teachings every chance he gets.  Why would he want to go to heaven when all the desirable women would be waiting for him in hell? Everyone is fair game to the president:  saints are drunkards, bishops are thieves, priests are gays, Pope Francis is “a son of a bitch.”

What gives? Why the disconnect?  Why is a very publicly religious country – where one easily finds a statue of the Blessed Virgin Mary or an image of Christ prominently on display in a public square — led by an outrageously heretical, anti-Catholic president?

And why are the country’s religious leaders — except for a few, such as Bishop Pablo Virgilio David of the Diocese of Kaloocan and Archbishop Socrates Villegas of Lingayen-Dagupan and former president of the Catholic Bishops’ Conference of the Philippines (CBCP) — unwilling to challenge Duterte’s distortion of Catholic orthodoxy? Why the reluctance to even minimally defend the Catholic faith?

“Bahala na!” is a well-recognized Filipino trait – loosely equivalent to the Doris Day hit song: “Que sera, sera – whatever will be, will be.”  Or perhaps, closer to “God will take care – whatever happens, happens.” As Duterte wreaks more havoc on the national and international stages, and as the rest of the world looks aghast at what’s happening in the Philippines, most Filipinos seem to go on with their daily lives, unperturbed, finding solace in their traditional “Bahala na” comfort zone.

Still, there must be something beyond their inherent “patience and resiliency” which might explain why Filipinos have yet to match the sensitivity of the yellow vest movement in France or to angrily organize a “Catholic protest vote” for the forthcoming May 13th national election.  Or why, as one former senator puts it:  when Duterte asks people to jump off a building, the response is: “From which floor, sir?”

Is it EDSA, people power fatigue? Have many Filipinos simply forgotten what Marcos did to the country? The mere fact that Marcos’ daughter Imee can run for the senate (and possibly win) indicates that the atrocities committed by the conjugal dictatorship of Ferdinand and Imelda Marcos have all been deleted from the national consciousness. 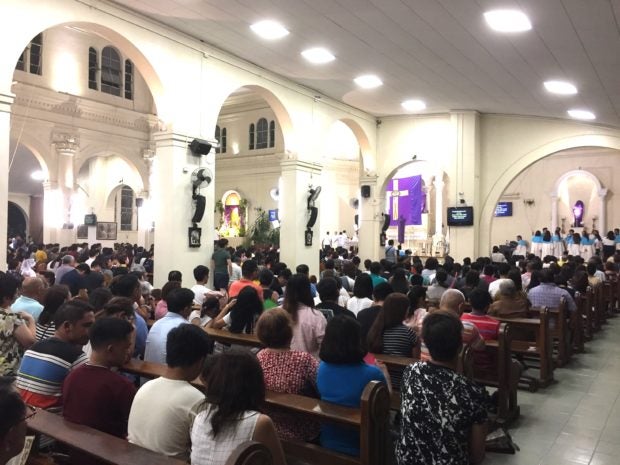 National resentment (or frustration) catapulted Duterte to the presidency.  Or more accurately, Duterte found an illusory “short cut” to the country’s lingering problems. His promise to quickly rid the country of drugs and corruption, while replacing elitist democracy with a populist albeit authoritarian style of leadership, gave people some assurance that the country might finally soar.

After all, since the country shook off 400+ years of Spanish colonial rule following the execution of Dr. Jose Rizal in 1896 only to easily succumb to American imperialism; since shepherding Filipinos towards a unified goal has failed since the time of the Katipuneros; since the country, after its devastation by the Japanese Imperial army, recovered only to be subjected to a series of political dynasties and ultimately to a dictatorship which ravaged its future potential —it is understandable that people have given up on the ideals of democracy and justice and economic equality.

But in their frustration, Filipinos have given a blank check to someone who has no qualms about making the country “a province of China.”

Unless Filipinos wake up and use their voting power wisely in the May 13th election, they can kiss the Philippines goodbye.