Net profit in the quarter more than doubled from the same period last year to $3.6 billion, extending Amazon’s trend of rising profitability. Overall revenues for the company rose 17 percent to $59.7 billion, according to the update which topped most analyst forecasts. Seattle-based Amazon said revenue from online sales was up 10 percent billion while money taken in from subscription services and Amazon Web Services cloud platform leaped some 40 percent. The “other” revenue segment which includes online advertising grew some 34 percent from a year ago.

Shares in Amazon — which has expanded from its origins in e-commerce to cloud services, streaming media, artificial intelligence, and brick-and-mortar grocery stores — wobbled in after-market trades, showing modest gains before dipping some 0.6 percent.

Analysts pointed out that Amazon is also increasing its digital advertising revenues, a market dominated by tech rivals Google and Facebook.

“Amazon just turned in another powerhouse quarter fueled by its strength in the cloud and advertising businesses, which continues to inflate the company’s operating margins,” said Andrew Lipsman of the research firm eMarketer.

“While AWS’s momentum continues unabated and is clearly the bigger driver of this profit story at the moment, the advertising flywheel now appears to be in full effect for Amazon and will only be a bigger part of the growth story over the near term.”

Neil Saunders of the research firm GlobalData Retail, said Amazon’s growth in product sales is slowing, a trend to be expected given its massive size and competition from other retailers. 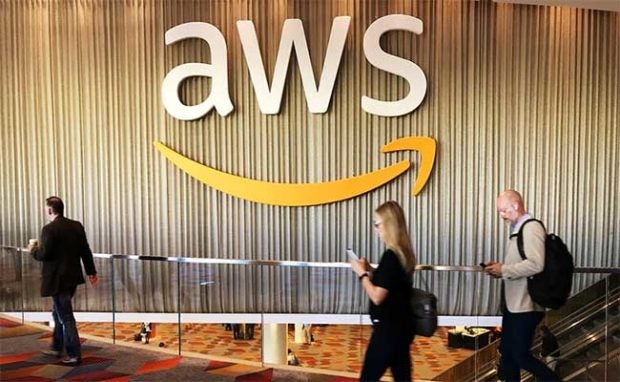 “In our view the trend is only likely to accelerate going forward and it will put Amazon under more competitive pressure that it has been before,” Saunders said in a research note. “In a perverse way this is advantageous to Amazon as it puts an end to the lie that the company is somehow a monopoly or that it is immune from competitive forces.” But Amazon’s diversified business gives it more opportunities to deal with competition, the analyst noted.

It has begun investing more in its recently acquired Whole Foods grocery chain and expanding the home delivery areas for the chain. “As much as the top-line performance matters, Amazon’s shallower growth is coinciding with a period of improving profits,” Saunders said.

Amazon’s Prime Video has also been in tough competition on streaming television with Netflix and new entrants and its Alexa-powered devices are seeing more rivals from other firms using digital assistants with artificial intelligence.

Colin Sebastian of Baird Equity Research welcomed “a good report given some concerns over online spending headwinds,” and said he sees “no change to our positive long-term thesis” for Amazon.

Amazon chief executive Jeff Bezos offered no commentary on the financial results but highlighted the company’s “future engineer” scholarship in the release.

“In addition to 100 college scholarships a year, we’re funding computer science classes in 1,000 high schools and counting, and inspiring younger kids to explore coding through coding camps and after-school programs,” he said.