She fed DC’s homeless, even while grieving over son’s sudden death 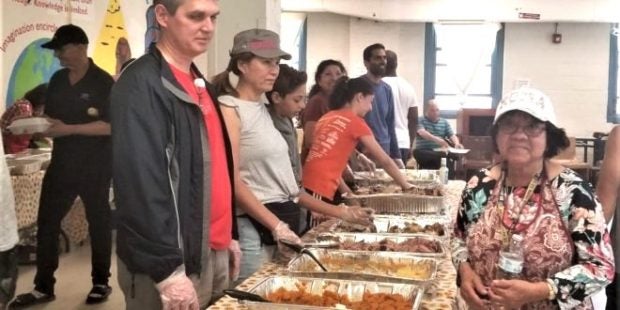 WASHINGTON, D.C. — It’s something Thelma Anonuevo Billy, 74, of Fairfax, Virginia has been doing for more than 20 years since the day she saw a man scrounging half-eaten chicken bones from a garbage can in a park near the White House: use her God-given cooking skills and feed the poor, the hungry and the homeless.

Saturday before Easter was one of those days. Thelma and her dozens of volunteers were expected to serve hot meals at the city’s largest community shelter. But she got heart-breaking news Friday night. Her 53-year-old son from a previous marriage, Frederick Mead, was found dead of natural causes at a friend’s home in New Orleans, Louisiana. He was doing a favor for his friend who was traveling, looking after his house and pets.

A stage actor and performer, Frederick was the oldest of four children from Thelma’s first marriage. She and second husband, George Billy, a retired U.S. Navy officer, have one son who recently graduated from George Mason University.

Despite the tragic news that devastated Thelma with pain and grief, she decided not to cancel her annual feeding mission, something she’s committed to do on Easter, Thanksgiving, Christmas and other special holidays. She felt an obligation to the living much as she wanted to fly right away to New Orleans to see her dead son.

That Saturday morning, she led her volunteers to load up her van with hot meals and baked goods and headed to the shelter on 2nd and D Streets NW — blocks away from the U.S. capitol building. Family, friends and members of her parish, St. Leo the Great Catholic Church in Fairfax, Virginia, brought additional Easter gifts and treats and helped serve the nearly 100 people who feasted on beef stews, pasta, hot dogs, salads, fruits and bread. 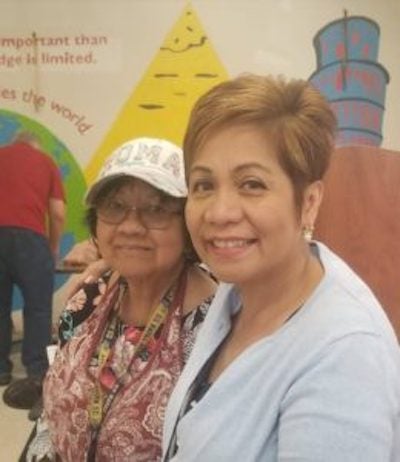 “There were lots of smiles, hugs, high fives, and cheers of ‘Thank you, Mama Thelma,’ from the men and women we served,” recalls community leader Bing Branigin, a frequent volunteer. “It was a perfect spring day.  A lot of them opted to even eat by the sidewalk. They don’t know that at that very moment Thelma was mourning the passing of her beloved son. Today, as I celebrate Easter with my family and friends, I think of my friend Thelma and her son. Being with them brought extra meaning to life and those that we care.”

After completing their mission, the volunteers gathered around Thelma, held hands and said a prayer.

Thelma and George will leave for New Orleans Tuesday for their son’s funeral. The parents will bring back Frederick’s cremated remains for burial close to home.