President Donald Trump’s controversial World Bank Presidential pick appeared eager to distance himself from his past attacks on the institution and stressed the support he has received from developing nations and from staff.

The “clear mission and focus” of the World Bank is “alleviating and eliminating extreme poverty,” as well as boosting “shared prosperity,” he told a small group of reporters.  “The mission of the bank is urgent,” he said. “There are still 700 million people in extreme poverty and that’s 700 million too many.”

In another surprise from a Trump administration official, he acknowledged that climate change represents a “key problem” that the World Bank has a role in addressing, especially since it can impact poverty in developing nations.

I am honored to be selected today as @WorldBank Group President. Thank you to the Board who, on behalf of 189 shareholders, has given me the mandate to lead this organization of talented and dedicated development professionals in our critical mission to end extreme poverty. pic.twitter.com/yrdqDElQA1

And he said he is concerned about slowing global growth which is “a key part of meeting goals on poverty, and shared prosperity.”

In Trump’s Treasury, Malpass has called the international financial institutions’ lending practices “corrupt” and complained about financing to China and other relatively well-off countries that he says should have graduated from the institutions.

And his nomination to lead the bank was roundly criticized by many economists and former officials from the sector, including one Republican who said he would be a “disastrous, toxic choice.” But in the end he was the only choice, as no other World Bank member nominated a candidate. 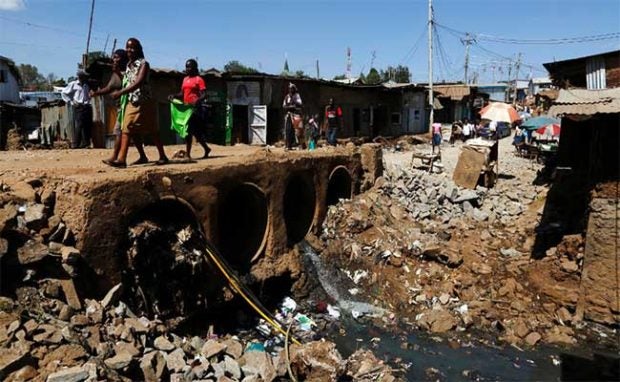 Malpass, who spoke to many developing country leaders and officials as part of the selection process, including China, told reporters he was “heartened by breadth of support for my candidacy and the World Bank mission.” He met with World Bank staff early Tuesday and was surrounded by well-wishers.

“I want to listen very much to developing countries in meeting the goals of the bank,” he said. As for China, he noted that the agreement to increase funding for the World Bank, which he was instrumental in negotiating, calls for annual lending to Beijing and to other middle income countries, to decline “substantially.”

The country has lifted nearly a billion people out of poverty, which is a welcome example to other countries, Malpass said. And he stopped short of criticizing China’s “belt and road” initiative which has raised concerns about opaque lending to developing nations that sharply increases their debt levels.

He said the focus needs to be on “high quality projects,” providing transparency on debt levels and clear procurement rules with guardrails against corruption. “It’s all part of getting good development done.” China also has a growing role as a donor to the World Bank fund that provides low-cost loans to the poorest countries.

US Negotiators to Return to China Next Week: Trade Talks