Young PEARLS scholars from Manila learn and have fun in NY, SF 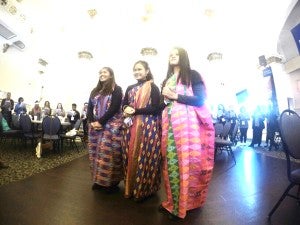 SAN FRANCISCO — Three young PEARLS scholars from the Philippines had the chance to visit New York and California last March to share lessons in community organizing, meet new international friends and have a fun.

Project PEARLS is a 501c3 non-profit organization based in California that helps poor children in the Philippines to have a better life through education, empowerment, nutrition and health care.

One of Project PEARLS main programs is its Scholarship Program. The program offers free scholarships to children and youth in the communities that PEARLS serves in the Philippines. 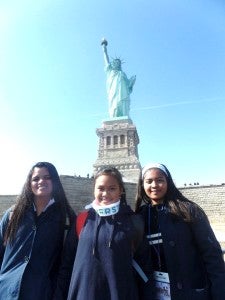 The Scholarship Program has nearly 600 scholars, ranging from preschoolers to college students. While the organization itself is seven years old, the majority of its scholars have been in the program for six years.

FEATURED STORIES
US immigration 2020 – what’s in store for Filipinos, other immigrants
Ex-aide of Imelda Marcos is New York’s No. 2 tax cheat
Get Rid Of a Hickey In 90 Minutes

The visiting three scholars— Princess Joy Soria, Lilibeth Sucion and Catherine Orsal— attended the 2017 Global HerStory Summit (GHS) in New York City presented by LitWorld and Global GLOW. It is an annual event in New York that brings together 60 women and girls from various countries as “HerStory Ambassadors.”

The summit allows Herstory Ambassadors to participate in leadership training, discussions, theatre and art and storytelling workshops with other successful women and girls from around the world.

Princess Joy, Lilibeth, Catherine and Peachy Abellon (Litworld’s Regional Manager of the Philippines) were the Philippine delegates for GHS. These three scholars were the pioneer members of LitWorld’s literacy program “LitClub” when it began in 2011 at Ulingan in Tondo, Manila. 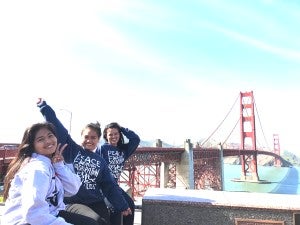 GHS gave Princess Joy, Lilibeth and Catherine opportunities to share what the Philippine LitClubs are like. For instance, the three of them presented a LitClub Anthem created by the Project PEARLS scholars and LitClub in Zambales.

Princess Joy also was chosen to deliver a speech at their event with the UN held at the Salvation Army auditorium in New York. They established friendships with girls from different countrie, including Kenya, Nepal, Colombia and Peru.

For the three delegates, the highlight of the summit was being able to identify a problem in their own community and learning how to create a community-action plan in solving it. Inspired by GHS, the three are now back in the Philippines and working on creating a healthcare program for girls in their community. 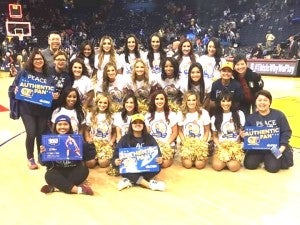 The girl-scholars with the Warriors Dancers. Their tickets were donated by Steph Curry himself. CONTRIBUTED

After GHS, the delegates traveled to the San Francisco Bay Area for recreational and educational tours. Great America Amusement Park tickets were sponsored by LBC Express; Golden State Warriors game tickets and meeting with the Warriors Dance Team were sponsored by Stephen Curry; a Google Campus tour was hosted by Regina Manzana-Sawhney, a senior program manager at Google and co-founder of Filipino Google Network; an Apple campus tour and Santa Clara University tour led by Lionel Milan, a Project PEARLS sponsor and advocate; and San Francisco Museum of Modern Art tickets were sponsored by Clif Wilcox. 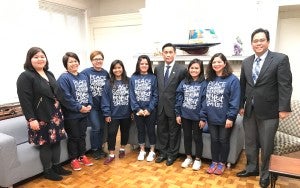 Princess Joy, Lilibeth, and Catherine had the opportunity to meet Project PEARLS SF Bay Area volunteers as well. As the three delegates described, their week was “hectic” but “fun and educational.”

The delegates met Philippine Consul General to San Francisco Henry S. Bensurto Jr. who inspired them to dream big. Bensurto shared his humble beginnings. He too lived in a slum community, but that didn’t prevent him from staying in school, getting a scholarship, putting himself through law school and helping his family.   There wasn’t a dry eye in the room.