In a Brexit meeting lasting more than seven hours, the divided cabinet sought to find a way forward after MPs again rejected May’s withdrawal deal and stepped up their own efforts to force a new approach. Brussels has set Britain an April 12 deadline to either pass the divorce deal, settle on an alternative, or crash out of the European Union risking huge economic disruption.

This is just piling more logs on the log jam. Does the PM seriously think we can have a German style Grand Coalition between her and Jeremy Corbyn to deliver Brexit. May meets Marx? https://t.co/KUbLwUUmG1

In reality, the deadline is even closer as the EU has called an emergency leaders summit for April 10.

May’s deal has been rejected by the House of Commons three times but she says MPs’ failure to agree anything else means it is the only option, and she could bring it back for a fourth vote this week.

“If the UK still wants to leave the EU in an orderly manner, this agreement, this treaty is and will be the only one,” he told a think tank in Brussels. “No deal was never my intended scenario, but the EU 27 is now prepared,” he said referring to the bloc’s remaining member states. “It becomes day after day more likely.” 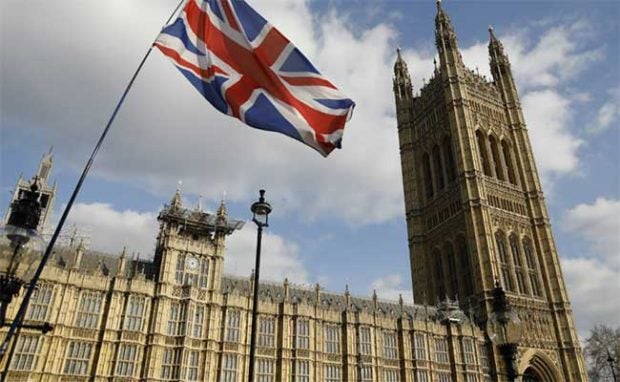 May’s deal aims to smooth Britain’s EU exit by settling its financial affairs, guaranteeing the rights of expatriate citizens and setting up a transition period until December 2021 in which new trade terms can be agreed.

But its proposals to maintain an open border between Northern Ireland and Ireland by keeping Britain temporarily in a customs union with the EU are strongly opposed by many MPs.

Pro-European MPs fear that May’s refusal to change course is putting Britain at risk of a “no-deal” exit, and they seized the initiative by holding two rounds of votes on possible alternatives.

Both the first and second rounds of ballots failed to secure a majority for any single option, but lawmakers are expected to try for a third round next Monday.

In case that fails, two senior MPs have put forward a bill that could force May to delay Brexit rather than take Britain out of the EU on April 12 with no deal.

Conservative former minister Oliver Letwin and opposition Labour MP Yvette Cooper will try to get their bill through the House of Commons in a single day on Wednesday, but it must still then pass the upper House of Lords.

“Whatever agreement the government or parliament does or doesn’t reach over the next few days, the UK will need more time after 12 April if it is to avoid no deal at that point,” they said.

The political chaos has already forced May to ask the EU to postpone Britain’s exit from the original date of March 29.

But European leaders have warned they will not delay Brexit indefinitely.

In Paris on Tuesday, French President Emmanuel Macron said that while he was “open” to a lengthy delay on certain conditions, it was “neither a certainty nor automatic”.

Britain voted by 52 to 48 percent to leave the EU in the 2016 referendum, but the exit process has only exacerbated divisions among the public, MPs and ministers.

Some members of May’s cabinet are now pushing for Britain to leave on April 12 whatever happens, but others fear the economic and legal disruption caused by exiting with no deal.

A government analysis leaked to the Daily Mail suggests a “no deal” scenario would undermine Britain’s security capabilities, cause a recession, and increase the cost of food by up to 10 percent.

May says it would be “unacceptable” to ask British voters to take part in European Parliament elections in May, almost three years after they voted to leave the bloc.

And she is expected to try to push her deal to a fourth vote, possibly as soon as Wednesday. But Barnier warned: “If the UK parliament does not vote in favour of the withdrawal agreement in the coming days, then only two options would remain: leaving without an agreement or requesting a longer extension.”