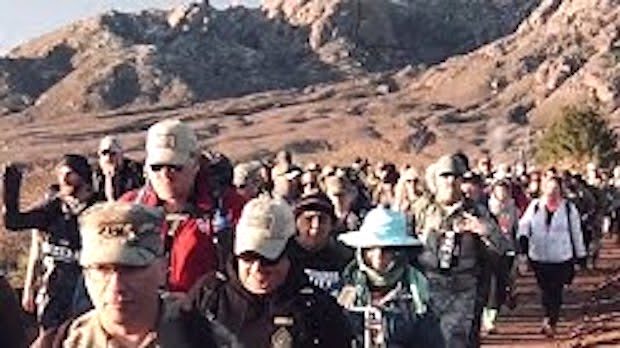 It was the annual event’s largest field of participants yet, with 8,631 registered to run or march

Participants could register for the full 26.2-mile trek from the main post through sandy terrain on an uphill circuit around Mineral Hill north of US 70, including an area known aptly as the “sand pit.” Or, there was a 14.2-mile honorary march that broke from the longer route after the eighth mile and returned to post, but still through desert terrain, according to the Las Cruces Sun News. 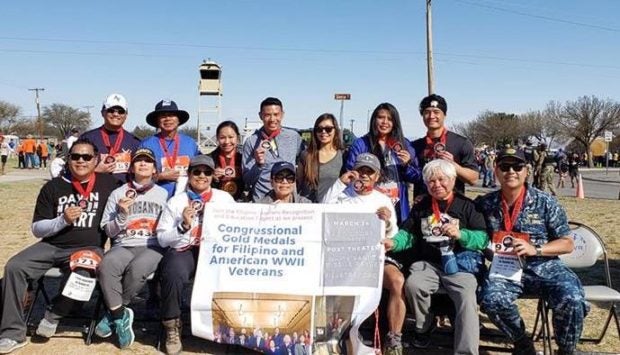 Some of the Filipino American participants in this year’s Bataan Memorial Death March in White Sands Missile Range in New Mexico. JON MELEGRITO

ROTC cadets at New Mexico State University in 1989 initiated the memorial march to honor the American and Filipino soldiers of World War II who were forced by the Imperial Japanese Army to march 65 torturous miles without food or water. Thousands died from rough conditions, mistreatment or execution, while others died in prisoner camps. Still others were killed while being transported on unmarked ships that were attacked by U.S. forces.

A long line of motorists at the Las Cruces gate trying to park and assemble delayed Sunday’s march.  The ceremony began around 6:30 a.m. with the Filipino and U.S. national anthems and a welcome speech by U.S. Rep. Xochitl Torres Small, Democrat-New Mexico, who said, “What the soldiers of the Bataan endured must never be forgotten, and what you are doing today helps keep those memories and that spirit alive.”

Skardon walked more than 3 miles of the course this year, said Cheryl Fallstead, a Las Cruces resident who helps to host him each year, according to the Sun News.

There were registered participants from all 50 states and a dozen countries, and more than 1,500 volunteers to assist them.