New Zealand massacre, my Muslim family and me

New Zealand massacre, my Muslim family and me 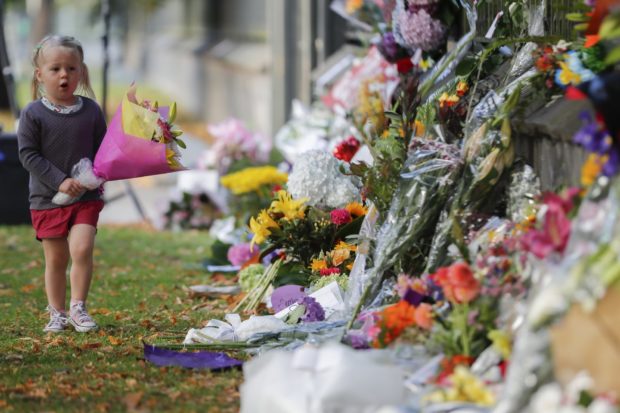 The news of the shooting in New Zealand was so fresh, it hadn’t yet been called a massacre. Or an act of domestic terrorism. When I found out it was in two mosques, my heart sank.

I thought instantly of my cousin M. from the Philippines, whom I first met nearly 40 years ago. When she visited us in San Francisco, I had hoped she would come to America for good. But the waiting list for a permanent resident visa was too long. Instead, the Filipino diaspora took her to the Middle East, where she found both a job and a husband. She converted to Islam and raised a family of Islamic Filipinos.

Now when I see her on Facebook, a hijab complements her smile. So, when I first heard the news of the mosque shootings, I felt the pain instantly.

I don’t just have casual friends who are Muslim, I have family. Islamophobia? I feel it.

That’s the only way to begin a piece like this–with a sense of solidarity and unity, that for me is bonded by blood, not terrorized by it.

I usually talk to M. on Facebook, where it does seem the world is smaller and connected—for the good. But it also gave the world more than a glimpse of the ugliness amongst us on Friday.

The shooter, identified as Brenton Harrison Tarrant, 28, an Australian national charged with murder, was livestreaming his act of violence as if it were the video game “Call to Duty.”

It took a while for Facebook to take down video, but this is the world now, where terrorists are their own producers. They bypass the real media, and go straight to the world stage with their own DIY act of vanity/insanity.

Facebook had to be alerted by police. FB’s crack team of exploited underpaid censors didn’t catch this one in time. And even when the video was removed, it couldn’t be buried fast enough. By midday Friday in California, I was still able to find links to the video on a right-wing site where I saw every last despicable second of the first shooting.

The video
It starts with that beeping cars make upon one’s entry that sounds like a hospital heart monitor. The shooter, who is wearing a helmet cam, shows you his driver’s world-view: guns positioned on the floor board, his GPS guiding him. There is one of those Christmas tree deodorizers—a yellow one—hanging from the mirror. It does not mask the odiousness of what is to happen.

Tarrant turns the camera on himself just once for a flash. Then it’s back on the drive. He makes a strange utterance to “Subscribe to PewDiePie,” a YouTube video game performer, but then is drowned out by a bouncy, polka-sounding track, accordion music that segues to a fife and drum march. A call to militarism?

Tarrant reaches his destination, gets out of the car and walks down the sidewalk and through the parking lot. People see him. He ignores them as he marches to his main event. There is nothing heroic. It is sheer cowardice.

On approach, he aims at an unarmed person, a man in the entry way. He fires nine times, and dumps one gun as he walks past the downed body.

There is no security. The firestorm has begun. A man in the hallway is seen crawling away, his back to Tarrant. Three shots are fired. Cries can be heard.

Four more shots are fired into one room. The gunman swings and fires four more at a person in the hall.Then five more shots as he enters a larger room.

People are scrambling. One man tries to rush the gunman but is shot and falls to the ground. All this in less than 45 seconds. More than 30 rounds have been fired. The gunman reloads and is back to the main room. People are on the ground, and the gunman fires.

Two minutes elapse and the gunman leaves, firing occasionally on the street. He’s just going to the car for more guns.

He re-enters the mosque a second time and shoots at people already downed, huddled. Another minute goes by and he’s back on the street. More shots are fired. He sees a downed woman on the street who cries “Help me. Help me.” He silences her with two shots.

The gunman reaches his car, drives off, and as if on cue, the 1968 pop song, “Fire,” by Arthur Brown, begins to play with the lyric, “I am the god of hell-fire and I bring you fire!”

The video ends with Tarrant driving presumably to the second mosque. It is a sickening, disgusting video. I can’t imagine anyone being inspired by it.

Would showing it encourage copycats? Only among the most deranged. Instead, I sought out the tape so as not to be inured to yet another shooting that makes the news and then goes away without consequence.

Do you still remember Las Vegas? The Pulse shootings in Orlando? The synagogue in Pittsburgh?

Regardless of what does or doesn’t happen, after seeing the video, there is no question in my mind that the threat of white nationalism is real.

But the video was just one part of Tarrant’s perspective. The other was his 74-page manifesto entitled “The Great Replacement.”

The manifesto
In dialogue form, Tarrant writes how he had planned the attack for two years. And how he is not part of any organization but represents “millions of European and other ethno-nationalist people.” He thought New Zealand was a perfect place for his act of violence because it showed him that “nowhere in the world was safe, the invaders were in all of our lands, even in the remotest areas of the world and that there was nowhere to go that was safe and free from mass immigration.”

In the manifesto, he writes before the fact and says he feels no remorse for the attack and wishes he “could have killed more invaders.”

He said he didn’t mind a Muslim man or woman living in their own homelands. But he hated “the convert, those from our own people that turn their back on their traditions and become blood traitors to their own race. These I hate.”

Indeed, Tarrant admitted to being a xenophobe against cultures with a higher fertility rate like Muslims, whom he feared would “grow to replace other peoples and faiths.”

He saw it as “White Genocide.”

It was the crisis of mass immigration and sub-replacement fertility that would “ultimately result in the complete racial and cultural replacement of the European people.”

He’s concerned about the numbers. No different from white nationalists who are seeing whites become the minority in America.

Does Tarrant sound any different from some right-wing voices in America?

“Mass immigration,” he writes, “will disenfranchise us, subvert our nations, destroy our communities, destroy our ethnic binds…We must crush immigration and deport those invaders already living on our soil.”

He called himself an “ethno-nationalist,” who saw the importance of the health and wellbeing of his race above all else.

Of all the political labels, he saw himself as a “fascist,” and said the nation with the closest political and social values to his own is the People’s Republic of China.

And what about Donald Trump?

“As a symbol of renewed white identity and common purpose? Sure. As a policymaker and leader? Dear god no.”

A drop of sanity?

Missed opportunity
There was no doubt Trump had an opportunity to be the leader of the free world and come out swinging against evil on Friday. Instead, he played dumb.

A few obligatory tweets, but no full-throated condemnation of the attacks. He was doing his own “light version” of Tarrant’s white nationalism after all.

After vetoing Congress’ rebuke of his Border Wall Emergency declaration, Trump was asked about the rise of white nationalism, given the events in New Zealand.

Trump, never shy with an opinion, this time played dumb. Did he think white nationalists were a global threat? “I don’t really. I think it’s a small group of people.”

He said the shooters were a “a terrible thing,” and said he hadn’t seen the manifesto.

But this is from the man with a political base made up of some people who would pour through the manifesto and nod with approval, while looping the 17-minute video clip as background on their computers.

Consider that nearly 25 arrests were made in the first quarter of 2019, with the number of domestic terror investigations reaching 900 cases, and didn’t include individual or lone wolf suspects, a senior FBI official told CNN.

It’s a bigger problem than we think.

And they’re going after all people of color, not just Muslims. Immigration? Fertility rates? To them, diversity is “The Great Replacement.”

Tarrant, the accused shooter, sounds like he’d want a border wall around the entire world.

And all that played out on Facebook, where I see my cousin—whose immigration from the Philippines to America was thwarted and found her way to Islam and the Middle East– was safe.

Emil Guillermo is a veteran journalist and commentator. He writes a column for the Inquirer.net North American Bureau. Twitter @emilamok. Find him on Apple Podcasts.