I pulled out my old “Emil Amok” columns for the class on diversity and the media that I teach at San Francisco State. One of the yellowing columns I wrote was on the occasion of my mother’s death in 1998.

Josie Guillermo wasn’t famous. But she fulfilled a role in history after World War II in America. After spending wartime in Tondo, Manila trying not to get raped by Japanese soldiers during the occupation of the Philippines, she was able to find a way to the United States. In San Francisco, she met my dad, an older man who was one of the first Filipinos to come to America in the 1920s. But because of anti-intermarriage laws and general discrimination against Filipinos and all Asians, his opportunity to start a Filipino American family was an almost impossible hurdle. Until he met my mom. 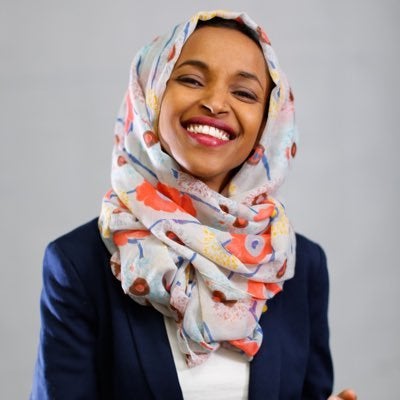 In my one-man show, “Emil Amok” I generally talk more of my dad than my mom, but her coming to America was a big deal. She was small physically, but strong in spirit. The last time I saw her in her hospital room, she was bruised from so many IVs running out of her veins they had to use her jugular.

And she kept fighting.

When I left her hospital room and blew her a kiss, she struggled to lift her arm and waved her palm like she was the Queen of England. Right then, I had a feeling that she was gradually becoming more spirit than body.

And when I got the call that she had passed, it was confirmation. The spirit had taken over. And now she is with me forever.

When I think about International Women’s Day, I’m glad to hear about the incredible women who are doing great things today.

But inevitably, I think back to the generation of Asian women like my mom, who fearlessly immigrated and then played an important role in the creation of our community. They birthed the Asian American family.

My mom wasn’t an activist. She just made sure my sister and I were clothed, fed and taken care of. She wasn’t much for material things. She prayed a lot. She was as close to a saint as any living person I knew. It was her life’s strategy. She humbly prostrated herself to all before her because she believed in the goodwill of others. Who would harm an old lady, right? She believed she could use her love and warmth and affection as a shield to any danger. People felt her genuine love and ended up loving her in return. It’s a strategy of peace, love, and humility. That was my mom’s way of dealing with the power inequality of her day.

The resolution against hate
I know my mother would have been encouraged by the real fighting women of today. There are more women in Congress than ever before. My mom would have been a constituent of Nancy Pelosi. And I know she would have been proud to see how the speaker deftly handled the whole anti-Semitism flap that emerged last week and turned it into a broader condemnation of hate.

That’s Nancy as a political player. If you read H. Res. 183, it applied the big tent to fighting hate. Anti-Semitism, of course, is wrong, but so is “anti-Muslim discrimination and bigotry against any minorities as hateful expressions of intolerance that are contrary to the values and aspirations of the United States.”

That means all of us. The resolution condemns White supremacists by name, the KKK, and Neo-Nazis.

It mentions some key incidents of the Trump administration. Charlottesville, August 11 and 12, 2017. You know, when Trump talked about “good people, on both sides.”

It mentions the rise of hate crimes, including the Oct. 27 attack at the Tree of Life Synagogue in Pittsburgh. It was a comprehensive condemnation of hate. It’s all in there.

And it went back to the idea of dual loyalty, and how it has been used to foster discriminatory actions such as the “incarceration of Americans of Japanese descent during World War II on their basis of race and alleged dual loyalty.”

Asian Americans? We were included.

My mom discovered politics late in life. After decades of being a green card holder, she became a citizen late in life because she wanted to vote and get back at Ronald Reagan. No dummy my mom.

And I know she would have been proud to see the women speaking up who helped bring about the resolution. She would have cheered Rep. Ilhan Omar and Rep. Rashida Tlaib, the first Muslim women in Congress, who praised the resolution as the first to openly condemn Islamophobia.

Some still criticize the resolution as being weak because what started the process was Tlaib’s comments about Jews and money in politics that some saw at an “anti-Semitic trope.”

But if you see her comments made in a public talk in DC, you’ll get the full context. And you’ll see how Omar was being unfairly singled out. As Rep. Bernie Sanders said, “We must not equate anti-Semitism with legitimate criticism of the right wing, Netanyahu government in Israel.”

If you see the clip, it was just a call to debate a critical issue that usually gets shut down.

“It’s almost as if every single time we say something, regardless of what it is we say, that is supposed to be about foreign policy, our engagement, our advocacy about ending oppression or the freeing of every human life and wanting dignity, we get to be labeled in something, and that ends the discussion, because we end up defending that, and nobody ever gets to have the broader debate of what is happening with Palestine,” Omar said in the talk. “I want to talk about the political influence in this country that says it is OK for people to push for allegiance to a foreign country. I want to ask: Why is it OK for me to talk about the influence of the NRA, of fossil fuel industries, or Big Pharma, and not talk about a powerful lobbying group that is influencing policy?”

She wanted that discussion, but no one wants to have that debate now. That would require listening to one another, rather than trading racial blows.

Omar herself knows how it feels to be vilified. She has the death threats to prove it. And while she has an advocate’s zeal, she was not hateful or unreasonable if you heard her talk. She was trying to begin the conversation.

“And so when people say, ‘You are bringing hate,’ I know what their intention is. Their intention is to make sure that our lights are dimmed, that we walk around with our heads bowed, that we lower our face and our voice. But we have news for people. You can call us any kind of name. You can threaten us any kind of way. Rashida and I are not [by] ourselves. Every single day we walk in the halls of Congress, we have people who have never had the opportunity to walk. They’re walking with us. So we’re here. We’re here to stay and represent the voices of people who have been silenced for many decades and generations.”

That we were able to come out of this with something positive—a broad condemnation of hate in America—is, again, a credit to the deft skill of Pelosi.

It should have been a unanimous vote. Who’s for hate, right? But some depend on it politically. The vote was 407-23.

Twenty-three Republicans must have felt better when Trump responded saying the Democrats were becoming the “anti-Jewish party.” He’ll continue to fan the flames of hate.

But a more thoughtful debate is yet to come.

The women of the House will insist. And I know my mom would be cheering.

MORE STORIES
Pandemic puts 2 Filipino caregivers’ lives in limbo
Trump pushes anti-immigrant message even as Covid tops issues
Is it safe to drink from a water fountain during the pandemic?
Don't miss out on the latest news and information.