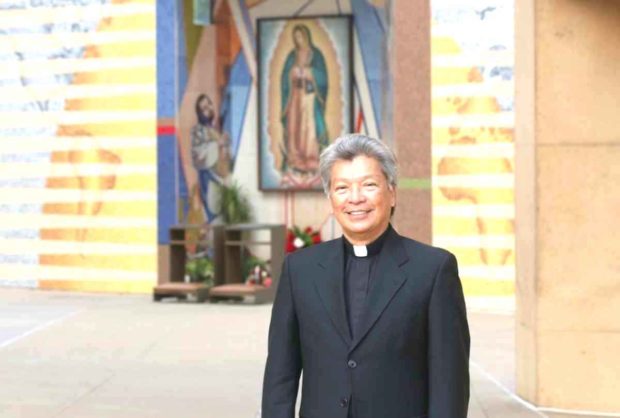 LOS ANGELES — Pope Francis has named Fr. Alejandro “Alex” Aclan, 68, as the newest auxiliary bishop for the Archdiocese of Los Angeles, where he has served as a priest for 25 years, the Vatican announced March 5.

Aclan’s appointment makes him the second Filipino American priest to be named bishop in the U.S. The first was Bishop Oscar Solis, who served as an auxiliary bishop in Los Angeles from 2004 until 2017, before Pope Francis named him Bishop of Salt Lake City. The Los Angeles area is home to the largest Filipino immigrant community in the United States.

Aclan served most recently as the LA Archdiocese’s Vicar for Clergy before taking a sabbatical last summer.

Aclan was born Feb. 9, 1951 in Pasay, Philippines, the third of eight children born to Geronimo and Emerenciana Aclan. His father had been a pilot in the Philippine Army Air Corps when Japanese forces attacked the Philippines days after the Pearl Harbor attack in December 1941.

Geronimo was revered as a war hero among his countrymen for being among the handful of pilots who fought in several dogfights against invading Japanese warplanes during the first days of the invasion. He was later captured by the Japanese, escaped the infamous Bataan death march, and was briefly sent to the United States for training before the Philippines was liberated by Allied forces.After the war, Geronimo flew as a captain for Philippine Airlines.

The younger Aclan intended to study medicine at the University of Santo Tomas in Manila. He graduated instead with a degree in medical technology in 1971.

After staying at the university as an instructor, he changed course and pursued a career in electronic data processing, a precursor to what is known today is information technology. Beginning as a programmer and systems analyst, Aclan eventually rose up the ranks and worked in middle management positions for San Miguel Corp. and Citibank in his native country.

In 1982, the elder Aclan retired from Philippine Airlines andmoved to Covina, outside Los Angeles, with his family

Alex Aclan decided to give up the security of his career and enter St. John’s Seminary in Camarillo in 1988. Five years later, he was ordained by Cardinal Roger Mahony.

Aclan served as associate pastor at St. Finbar in Burbank and St. John of God in Norwalk before being named pastor of St. Madeleine in Pomona in 2001, where he served for eleven years.

“The best part of being a priest is the ability to serve just like I saw my mom and dad doing growing up,” shared Aclan. “The service is key for me, and that’s what’s most enjoyable, because you are able to alleviate people’s conditions, and get people closer to God.”

Aclan finds ministering to the sick to be especially rewarding. But he is also aware that in an era of secularization and crisis within the Church, his mission as bishop must also include never giving up on those who have fallen away from the faith. – from a report by Pablito Kay, Angelus News, March 5, 2019