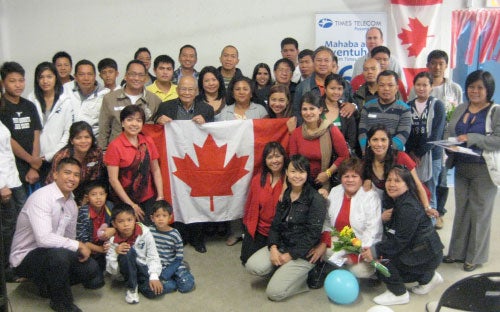 Canada’s Liberal government is launching new pilot programs for foreign caregivers to allow caregivers to bring family members with them to Canada, and make it easier for them to become permanent residents.

Immigration Minister Ahmed Hussen announced two new five-year initiatives that will replace existing programs that have been harshly criticized for keeping nannies trapped in abusive workplaces and apart from their families, according to a CBC News.

Under the new pilots:

A total of 5,500 principal applicants will be permitted annually, and family members will not count toward the cap.

A news release from Hussen’s office said the existing foreign caregiver pilot programs brought in under the previous Conservative government in 2014 and are set to expire this November, were “ineffective.”

Caregiver groups have criticized the 2014 programs for allegedly providing legal basis for exploiting caregivers. Their temporary work permits tied them to one employer, preventing them from leaving a bad workplace situation.