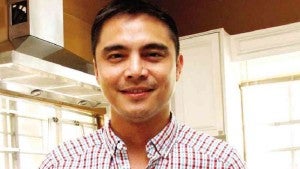 Agustin opened Bao Down on Lower Nob Hill near landmark Union Square in the city. He trained at the International School for Culinary Arts and Hotel Management in Quezon City, Philippines. 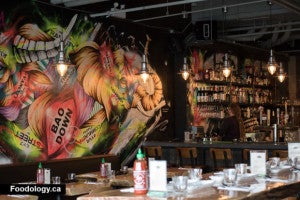 The bar at Bao Down.

Better known as an actor he has appeared in more than 30 Filipino movies and TV series, including Marilou Diaz-Abaya’s Noon at Ngayon, Chito Rono’s Dekada ’70, Laurice Guillen’s Tanging Yaman, among others.

“I’m very happy to announce that my first restaurant in San Francisco, California is finally open,” Agustin declared in Instagram. 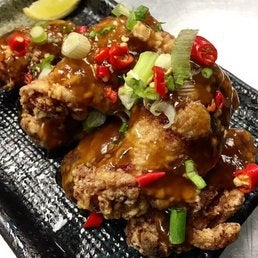 Bao Down is described as “a unique twist on Pacific Rim cuisines that include a blend of culinary traditions, authentic ingredients and distinct cooking techniques.” It is a joint business venture with Canadian chef-partners.

Agustin also shared pictures of food and drinks in Bao Down in his social media account.

“It’s awesome to be part of this project with the guys from Vancouver, our chef-partner Greg,” Agustin added. He previously partnered with other entrepreneurs on Sumo Sam, which specializes in modern Japanese American cuisine. He also co-owned a Japanese restaurant called John and Yoko and the Cafe Ten Titas restaurant. He has had at least 50 restaurants and 11 brands in his portfolio.

A father of two, Sebastian and Santiago, Agustin also owns Futuretainment Inc., which specializes in concert and event productions.