SAN FRANCISCO — This year’s CAAMFest 2017 is all set to take place March 9-19 here in the San Francisco Bay Area.

Formerly the San Francisco International Asian American Film Festival (SFIAAFF), the annual event is celebrating its 35th year and promises to bring an expansive and diverse slate of programming.  It is also an 11-day feast for the senses through film, music, food and digital media from the world’s most innovative Asian and Asian American artists.

Organized by the Center for Asian American Media (CAAM), the festival’s theme “Yesterday, Today, Tomorrow — Celebrating 35 years of Festivals,” turns back the lens on itself, back to festivals and themes of yesterday, exploring the organization and CAAMFest in its current form today, and looking ahead to future iterations and directions.

Films and events will be on display in a variety of stunning and culturally rich venues in San Francisco and the East Bay, including the Castro Theatre, Asian Art Museum, New People Cinema, Alamo Drafthouse, The New Parkway Theater, Jewish Community Center, Roxie Theater, Gray Area Foundation for the Arts and Oakland Museum of California.

“CAAMFest 2017 is a true milestone for our organization and community,” says CAAM’s Executive Director Stephen Gong. “The need for a festival —that celebrates creativity and diversity, that builds understanding and empathy, that educates and inspires— has never been more important and more necessary, and our dedication to the advancement of Asian American visibility and perspectives has never been stronger.”

Two Filipino-interest films have made the program in this year’s festival: 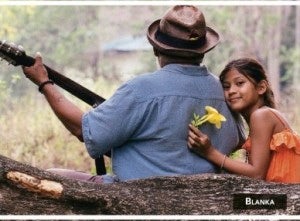 “Blanka” is the story about an 11-year-old girl who survives alone in Manila begging and stealing from tourists.  Wishing to have a good life, Blanka came up with the absurd idea to buy a mother.

In her countless efforts to collect enough money, an opportunity arises when she meets Peter, a 55-year-old blind street musician, who teaches her how to sing.  However, Peter was concerned about Blanka’s future and decides to take Blanka to an orphanage. 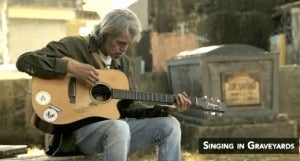 “Singing in Graveyards” is not about someone singing for the dead, but a moving character study of a man, his music and mortality.  Filipino rock legend Joey “Pepe” Smith (pegged as the Philippines’ Mick Jagger), plays a washed-up, musician looking for a comeback in Malaysian-born and Manila-based director Bradley Liew’s first full-length film.

However, the rock icon doesn’t merely play a made-up character, but in fact, is telling his persona.  Now past his glorious run as a rock deity, Pepe earns his living by playing in a horrible dive bar, manning his own after-show souvenir stall.

In reality Pepe Smith has had his share of ups and downs in his career, he is however, far from being forgotten like his onscreen character in the film.  He remains as a pioneer of Philippine rock music and considered a rock icon of many, young and old.

For more information on films, events, schedules, screenings and tickets, log on to www.caamfest.com/2017.*Special thanks to Vince Johnson of Larsen Associates.